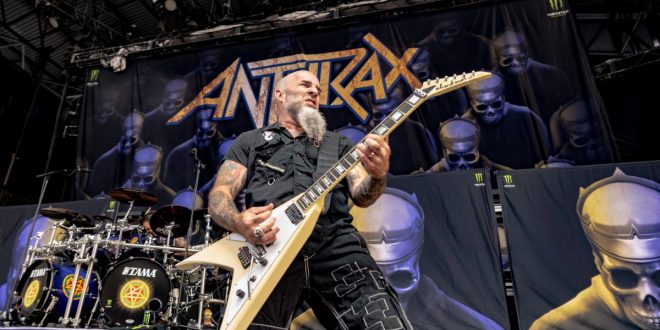 Native New Yorker’s and one of the legendary Big “4” thrash metal bands Anthrax returned to their home state of New York for the second leg of Slayer’s Final World Tour on Sunday at the Jones Beach Theater. As Iron Maiden’s “Number of the Beast” played over the house PA members of Anthrax made their way onto the stage as the hungry crowd starving for more metal roared. Anthrax got things started with the opening riff to Pantera’s “Cowboys From Hell”, from there they set the crowd into a frenzy as the bodies began flying over the barrier with their classic dance song  “Caught in a Mosh” and followed by the Joe Jackson cover “Got the Time”. From there they kept it simple heavy and fast, with hit after hit of nothing but classic Anthrax for basically the entire set with tracks like “Madhouse” and “Be All, End All”. It wasn’t until the sixth song “Evil Twin” that the crowd got something off of the bands 2017 LP “For All Kings”. That would be the only newer material Anthrax would play as they jumped right back into the classic Trust cover of “Antisocial” that was on their 1988 LP “State Of Euphoria” before ending their set with the bands anthem “Indians”.

NewYork Based Photographer. Music Enthusiast with a background in Graphic Design. Whether I'm shooting a live event or just out wondering the streets its about capturing the moment.
Previous Album Review: Sundodger – Bigger Waves
Next Molly Kruse Takes a Step in Time with New Video 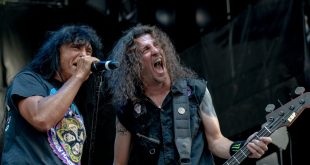