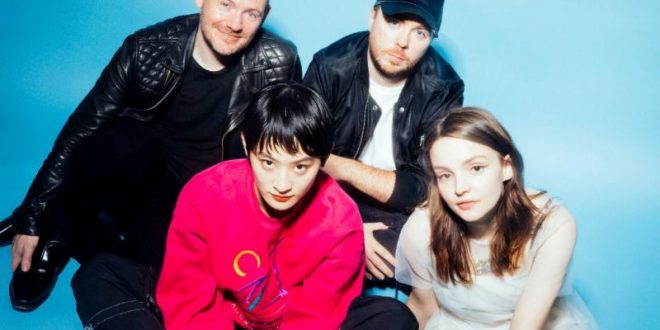 CHVRCHES debut a brand new song “Out Of My Head” featuring acclaimed Japanese electro pop group Wednesday Campanella, alongside its accompanying animé video. Wednesday Campanella are a chart topping trio made up of Kom_I, Kenmochi Hidefumi and Dir.F, who made their debut in 2012 and last year released Superman, their first album for Warner Music Japan; they released their acclaimed Galapagos EP in June. The breathtaking video for “Out Of My Head” is created by director Junichi Yamamoto (Pop Team Epic, Batman Ninja) and art director Yoshiki Imazu (Ringing City, Fluffiction).

“I was asked by Lauren that I should express my strong emotion and vent my anger to the song,”says Kom_I of Wednesday Campanella. “I realised that I personally have little chance to feel the tears welling up with strong anger – probably because I recently turned 25 years old, and have been given warm support by many people around me. However, even though I have obtained freedom, the world is not yet changed and we can never have completely assured lives in this era. So I wrote this for giving a pep talk to myself who is being left half done. Kawasaki meets Glasgow, Kiyoshiro Imawano meets David Bowie, and Edamame meets Fish & Chips.”

“Japan has always been a really special place for CHVRCHES,” says Lauren Mayberry of the band. “And we were really excited to put together something special for our fans there. Kom_I has such a strong, individual voice in her music and how she conducts herself as a person — something that I really admire — and we were so lucky that she wanted to collaborate on this track.”

“Out Of My Head” is CHVRCHES’ first new material since the release of their acclaimed third album Love Is Dead, which upon release entered the Billboard Top Rock and Alternative charts at #1 and #11 overall. The album followed their 2013 debut The Bones of What You Believe and the 2015 follow up Every Open Eye. With the soaring success of their first two albums propelling CHVRCHES into new worlds, Love Is Dead is at times euphoric and others bittersweet. Featuring the singles “Miracle” and “Get Out,” as well as the previously released “My Enemy” (feat. The National’s Matt Berninger) and “Never Say Die”, Love Is Dead is an album about growing up and “coming to terms with the fact that there are great things in the world and there are awful things in the world and that you can’t get one without the other,” says Mayberry.

Tags Chvrches Love Is Dead Out Of My Head Wednesday Campanella 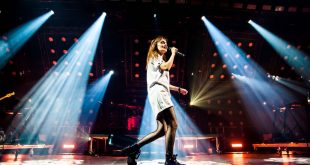 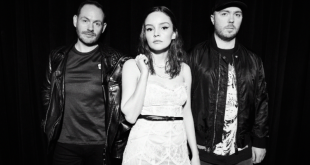