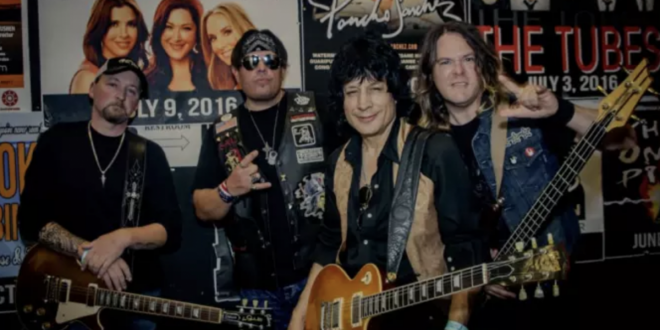 Six Gun Sal, a Los Angeles based southern rock band performs the release of their new single “Red Blooded American” Off Second Forthcoming Album at the Rose in Pasadena, California on July 13, 2018 with a pack out crowd. Six Gun Sal will move you with melodic emotional ballads, and grungy rocked out powerhouse songs like Whiskey Mountain and the Life featuring powerful lead guitars and funky bass riffs, and drum fills that will make you get up and move to the sounds of Six Gun Sal.

Six Gun Sal has shared the stage with bands such as LA Guns, Lynchmob, P.O.D. TRAPT, Junkyard, Great White and many more. They have newly signed to Wright Records, Inc./ Sony Music Entertainment/The Orchard is the Music Industry’s Premier Artist Development Record Label and is managed by Pacific Artist Management. Their first album “West of Heaven” was a success. “Remember My Name” is one of the songs from the album.

Stephen Vicino is the founder of MusicExistence.com. He created this site to give talented musicians a voice and a way to be discovered.
@@svicino
Previous Album Review: Captain Ledge Band – Rumors of the Great White Skunk
Next Nandan Guatam Comes Alive with New Release