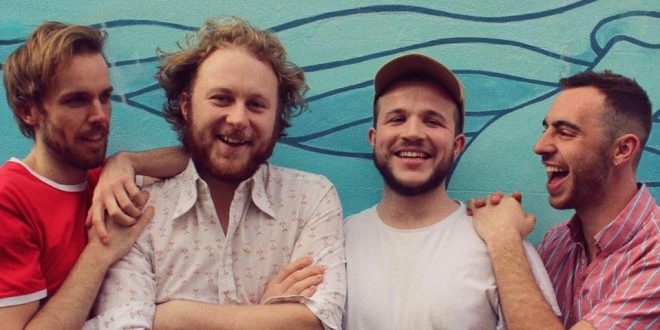 With a feel good and soulful take on the classic sounds of folk and Americana, influenced by the likes of The Band, Ry Cooder and Mississippi John Hurt, Brighton 4-piece The Hungry Mothers today release their new single ‘Easy’.  Filled with warm, hazy harmonies, you can take a listen to this new single below:

‘Easy’ was recorded at Ford Lane studios by producer, and friend of the band, Joe Dennis. Recording just south of the Sussex idyll, Arundel, in the late spring, the rural surroundings had an appurtenant impact on the feel-good summer tune.
The new single is the first material since the band’s acclaimed debut ‘Tiger Song/South of France’ which lead to sold out headline shows. The band have fittingly returned in the height of the UK’s hottest summer since the 70s with their most confident, carefree song to date.
Taking inspiration from the likes of Fleet Foxes, The Band, and Shouting Matches, the fourpiece energetically lead the listener through delicate peaks and troughs, with storytelling and a redemptive sense of melody always at the heart of what they do.
To coincide with the release of the new single, The Hungry Mother’s will headline The Komedia in Brighton on the 9th August with support from up-and-comers Marthagunn and Josh Mcgovern.