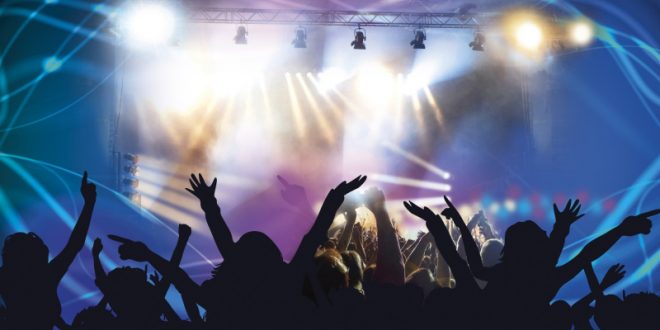 5 Pop Artists to Listen to On Your iPad

Pop music evolved with the rise of popular culture in the 1950s. Unlike the classical music, it draws its elements from various styles like urban, rock and country music. Catchy melodies, repetitive one-liners and the harmonic underpinning in these songs have the power to instantly connect with the audience. But wait, some of these hits have deep meanings and demand a careful ear. Here are 5 pop artists who have wreaked havoc in the world of music creating timeless classics with mesmerizing tunes likely to linger till generations to come.

It’s just hard to pick a handful of Gomez’s songs to create your playlist. The journey of the ‘Disney Star’ from ‘Come and Get It’ to ‘Back To You’ portrays her evolution from a teenager to a sexy and gorgeous diva. Even the sexy, breathy and coy lyrics of “Same Old Love” is an emotional crescendo. ‘Bad Liar’ is a retro homage that stars her in multiple roles. One of the great mantras to be imbibed in life, ‘Trust Nobody’, is an elegant pop song that proves the versatility of this most followed Instagram star.

Her songs create controversies and break stereotypes. In a career spanning four decades, Madonna’s genius in pop music is unquestioned. If you are a teenage girl in love with pop, you would want to get ‘Into the Groove’ with Madonna’s songs. Although Madonna’s debut album zoomed into the Billboard 200, she had to wait till her third album ‘Holiday’ to get to the limelight. While Madonna’s pop melody ‘Open Your Heart’ enshrined female empowerment, her single ‘Take A Bow’ escalated her to the status of a ‘sex symbol’ which you should watch alone on your iPad with Bluetooth headphones from iThingum. Nevertheless, even after decades of her hits, the songs have retained their charm.

The Canadian songwriter and singer climbed the rungs of fame after his YouTube videos garnered a lot of hits. “Beauty Behind the Madness”, his second studio album starring Ed Sheeran and Lana del Rey made him a star. ‘Starboy’ (2015) and ‘My Dear Melancholy’(2018) will always be etched into the hearts of most millennial pop lovers. ‘Can’t Feel My Face’ peaked to the top spot in US Billboard Hot 100 and sold over 1.5 million copies worldwide. ‘Starboy’ is an R&B and electropop, the theme of which centers around breaking away from the extravagance of a celebrity life. Several of his collaborations like “Love Me Harder” with Ariana Grande earned top spots in Billboard rankings.

MJ is an enigma even after several years of his death. Many millennials have grown up listening to him. MJ’s ‘Beat It’, ‘Thriller’ and ‘Man in The Mirror’ can still stir your heart on any day. If you claim yourself to be a music lover, the classic moonwalk in ‘Billie Jean’ ought to be there in your iPad. If you don’t have the songs of ‘The King of Pop‘ on your playlist, you are certainly left behind.

She is just 22 but she is at such a juncture of her career where most veteran pop musicians yearn to be in their entire life. Dua Lipa is more than just a singer, songwriter and model. The newly minted pop star has delivered some of the finest pop hits of the decade like ‘New Rules’ and ‘Blow Your Mind (Mwah)’, with the latter being her first entry on the US Billboard Hot 100, debuting at number 72. Be it her collaborations with Sean Paul for “No Lie” and “Scared to Be Lonely” with Martin Garrix or her solo albums that every ‘dark pop’ fan would like to groove into, the new enchantress has already parked her magic in the hearts of the audience worldwide. Her rich, subtly husky voice is just enough to have her songs into your pop music collection in your iPad.

Crafting a hit pop song is no mean feat. These legendary singers have taken the art to a new level creating some timeless classics that one can plugin and listen on any day.

Stephen Vicino is the founder of MusicExistence.com. He created this site to give talented musicians a voice and a way to be discovered.
@@svicino
Previous 10 Homemade Musical Instruments to Try Out
Next The Swansons Release “Move Forward” Music Video Off Third Album “Country This”