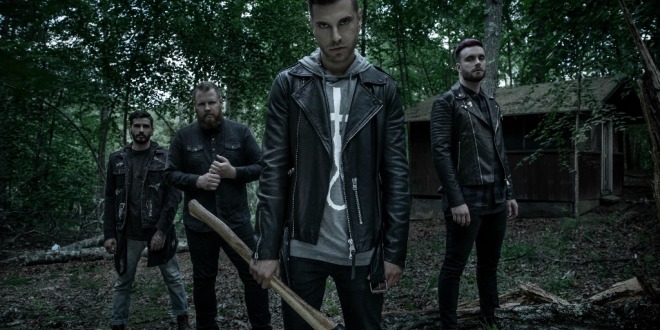 Ice Nine Kills‘ fifth studio album, The Silver Scream, will be out via Fearless Records on October 5. The Silver Scream‘s 13 tracks thematically serve as a tribute to 13 cult classic ‘80s horror films. This latest effort draws parallels to their previous release, Every Trick In The Book, which was centered around classic literature, borrowing themes from authors ranging from Stephen King to George Orwell to William Shakespeare.

You can also visit Crystal Lake in the previously released video for  “Thank God It’s Friday,” an homage to Jason Voorhees and the Friday the 13th franchise.

These music videos also contain an overarching cinematic narrative revolving around vocalist Spencer Charnas’ descent into psychopathy. “I’ve always been really intrigued by the mythology of this series and the story behind how Jason became who he was,” said Charnas. “Being able to interject the spirit of INK into the doomed universe of Camp Crystal Lake was an absolutely killer experience.”

The band is currently slashing their way through the entire run of the final Vans Warped Tour. In October, Spencer will also perform at a one-of-a-kind party/screening of 1996’s Scream, located at the original house where the film took place. For more into on that show, click HERE.