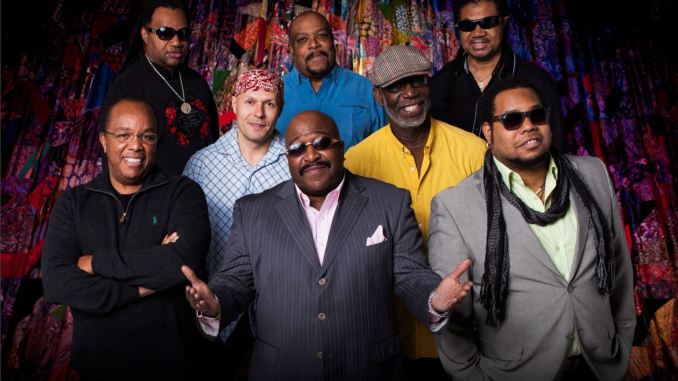 Originally formed in Jamaica and relocated to the Toronto, Canada area in the mid 1970’s, Crack of Dawn’s story is one of promise nearly realized and revisited again. The talented young band soon found themselves a hot property and made history as the first black act out of Canada signed to a major label. Their first self-titled album spawned some hit singles, the band’s popularity on the burgeoning dance club scene soared, and they seemed to be poised to make a run at the global stage in the near future. Instead, the band’s momentum slowed, and they soon fell by the wayside except for a doomed attempt to reconstitute the unit during the early 1980’s. Their studio return with Spotlight finds them picking up where they left off, in some respects, but sounding very much a part of the modern scene rather than cutting albums that sound like they are locked in a time capsule.

They are songs that tap into timeless themes and emotions. “Crack of Dawn” is the rush of a new beginning, exuberance all around, and the musicians play well together with the spark of chemistry separating great bands from the merely good. The horns don’t always play a lead role of any sort in Crack of Dawn’s songs, but when they do like here, they bring tremendous buoyancy to the song it might otherwise lack. “Booby Ruby” is going to be a sure crowd pleaser and lead singer Michael Dunston is sure to bring audiences in if he gives anything resembling the same sensual, playful performance he invests into their recording. The rhythm section sets this one on fire, just another of many powerful performances from the engine room on this album.

“Keep the Faith” turns away from the romping funk of the preceding track in favor of a more unified approach bring their R&B and funk predilections under the same tent. They pull it off with nary a hiccup and this is another tune seemingly built for live performances in particular. Dunston really tears into this one, as well, and makes you believe its message of persevering through difficult times. “Ol’ Skool” will enchant the band’s older listeners with its loving trip down the memory lane of genre icons, but it never feels hokey or premeditated. Instead, they are playing at a creative high with this song and the vocal approach is especially effective. Carl Harvey turns in some good lead guitar on the song “Seasons’ Change” without ever occupying too much of the mix and the smooth swing of the song is further fleshed out by a nice horn section performance. The album’s last song, “Changes” is one of the best on Spotlight and, certainly, one of the deepest felt and moving considering the band’s history. Yes, Crack of Dawn has risen again and, while the music world is a very different place in 2018 than it was in 1976, they are hoping the cream continues to rise to the top and no sane music lover would bet against them.

Previous Win Your Way In To See: The Smithereens in Evanston, IL! on 7/27
Next REVIEW: “Losing Me” by Lauria