Home / Headline News / Interview: Henry of Boston Manor “Pretty Much Everything Has Changed” 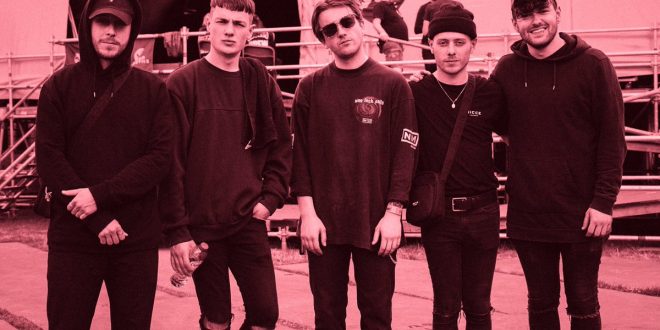 Shortly after the guys’ appearance at 2000 Trees festival 2018, I was able to catch up with Boston Manor frontman Henry Cox to talk all about their highly anticipated sophomore album Welcome To the Neighbourhood.

ME: Firstly, you just finished 2000 trees, how did that go for you?

Henry: It was great; we were really looking forward to playing cause we’d had such a good time the last time we were there, it didn’t disappoint. The tent was packed & it got really rowdy.

ME: Very excited for Welcome To The Neighbourhood! Have you guys got any personal favourites from that album which you think us fans are going to love and why?

Henry: I can only speak for myself, but I love the track England’s Dreaming; we actually played it for the first time at 2000 Trees. It’s a bit of an indication of where our musics headed at the moment.

ME: Are there any songs on the album that stick out from previous work in terms of difference in sound? Would you say that your sound in any track off WTTN has changed in any way since Be Nothing?

Henry: I mean the whole record is entirely different from the last one, sonically & in the way we went about putting it together; so yeah I’d say pretty much everything has changed. But there’s definitely songs that are further removed than others. The title track which opens the record is going to take some people by surprise I think; we were really pushing ourselves out of our comfort zone with that. That whole process of going where you don’t necessarily feel in your element is so valuable to us. My mum always used to tell me to ‘live outside of my comfort zone’ when I was growing up. Which is possibly some of the best advice she ever gave me; I try & live by that rule.

ME: Its nice to hear that some of the sophomore album, especially Halo, which is a banger by the way, take influence from Blackpool, where you were raised. What was your motivation in order to talk about these issues?

Henry: Thanks very much. Well I think Blackpool operates as a bit of a perfect representation for a lot of the things we wanted to talk about anyway, before we’d even had that idea. A lot of the record is me sort of just calling things as I see them. Part of the past couple of years has been us travelling around the world & learning more about people and their lives, only for us to come home & realise the same problems were right on our doorstep all along. It’s not all about issues though necessarily, a lot of the record is about just being angry & frustrated. I think thats something we can all relate to at the moment.

ME: The album artwork is very interesting, does it correlate with anything from the record?

Henry: It does, but I kinda don’t want to say why; I’m interested to see what other people’s take on it is.

ME: Was anything different for you guys during writing and recording of this album, compared to recording Be Nothing. Was your mindset different knowing that you’ve built a strong fanbase with the EP and first album and how were you ensuring to keep these fans when this album drops?

Henry: It was pretty different. We still wrote 90% of the record in Blackpool like we always do, but we approached the writing in a different way; we’d focus more on vocals or instrumental hooks & sort of build the song outward from there. A lot of just messing around with sounds & different instruments & textures as well. This was also the first time we’d ever done pre production as well which was an interesting experience. In terms of the mindset, it’s weird because usually the second album is where bands start feeling the pressure to please their existing fanbase & to follow the first record. We felt really pressurised doing the first album, but when it came to write & record this album we actually felt pretty calm. I’m not sure if that was because we were confident in what we were writing or if we were just having so much fun making it that we didn’t think about how it would be received, either way it was just a really enjoyable experience.

You can pre-order the album and buy tickets to their UK tour tour by clicking here! 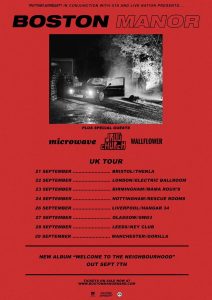 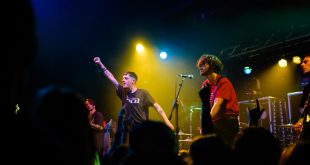 Gallery: Boston Manor at The Rex Theatre in Pittsburgh, PA 11.21.18 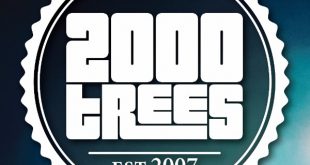