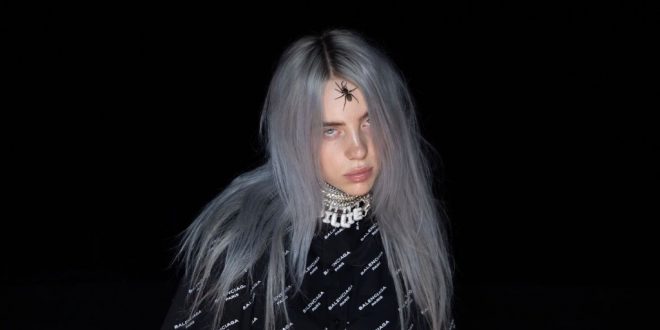 Darkroom/Interscope Records artist Billie Eilish has announced today she will be embarking on a North American headlining tour this fall. Starting on October 23, Billie will kick off her 1 BY 1 TOUR in Portland, OR at the Roseland Theater, then will be making 13 more headlining stops across the country, with appearances in Toronto, Chicago, New York City, Los Angeles and many more. Artist Presale and Limited VIP Packages go on-sale tomorrow, Tuesday, July 24 at 10AM local time. Tickets go on-sale Friday, July 27 at 10AM local time. For tickets and more information, go to www.billieeilish.com

Last week, the 16-year-old global pop-phenom dropped another surprise single, titled “you should see me in a crown.” The “dark and twisted” new track received praise from The New York Times, TIME Magazine, NYLON, V, Billboard Magazine, NME and many more. Complimented for its “booming hip-hop edge” by Rolling Stone Magazine, described simply as “fire” by Pigeons & Planes and likened to a “an apocalyptic asteroid crashing to earth” by PAPER Magazine, asking readers “where’s the replay button at?”  Within the first 24 hours of release, the single garnered more than a million combined streams and debuted in the Top 10 Alt Apple Charts, and is now standing at over 7 million combined streams to date.

Both “Lovely” (with Khalid) and her debut EP ‘dont smile at me’ continue to climb the Billboard 100 charts, the latter having now amassed an impressive 761 MILLION combined streams globally. This month, “Lovely (with Khalid)” was also officially certified as RIAA GOLD in North America and PLATINUM in Australia. Watch the video starring both Billie and Khalid HERE.

Be sure to catch Billie’s bi-weekly Beats 1 radio show ‘groupies have feelings too’ HERE.

Billie Eilish is currently working on her debut album.