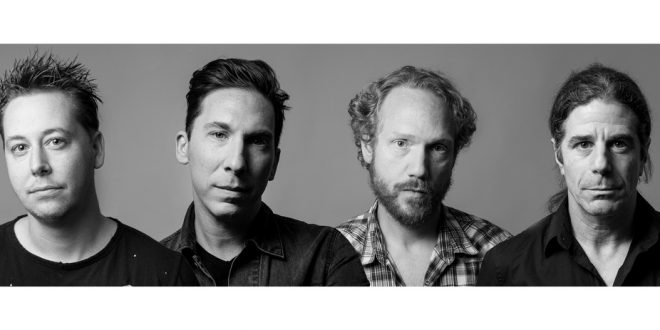 “The song is about someone who really loves their partner and wants to make them happy, but thinks having sex in a public restroom is really gross, ha,” says vocalist/guitarist Matthew Berry. “I had the guitar riff and when the lyrics to the chorus popped in my head, I laughed and immediately thought, ‘Really? Alright, write it down.’ The video was directed by a really good friend of mine, Ben Powell at Powell Media Concepts. I sent him the song and he immediately put an idea together of an awkward guy going to a house party and meeting a girl who is a little too much for him to handle. Very influenced by the movies, ‘Can’t Hardly Wait’ and ’10 Things I Hate About You.’“

Named one of the “Top 5 Bands To See” by DC Music Download as well as “Band of the Month” by The Deli Magazine, Classified Frequency combine some of the best parts of pop/rock from each decade. The quartet has toured consistently, sharing the stage with bands like the Gin Blossoms, which has led them to work with producer Jim Ebert (Marvelous 3, Butch Walker, All Time Low) and engineer Jamie Woolford (The Stereo, Let Go, Gin Blossoms, The Story Changes).