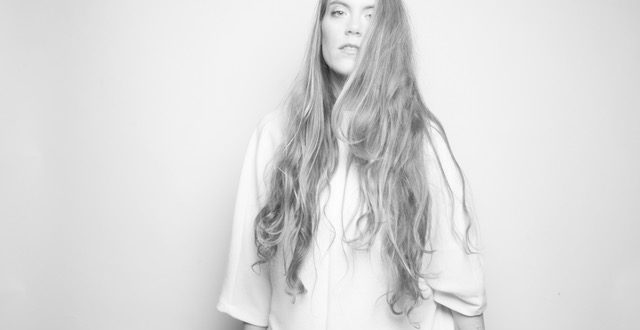 Hannah Featherstone is Franco-British artist. Her voice glides through styles and ranges. Her piano sets a steady groove. Her music blends the catchy riffs of electro pop with the off-beat meanderings of jazz. Born in England and raised for the most part in France, she’s never been able to choose between the two countries and finds herself most at home somewhere in between. Brought up in a family of musicians, she was naturally immersed in music from the start. Her extensive experience of singing in classical and gospel choirs, but also in jazz, world music and pop ensembles, has nourished an eclectic and unique sound.

Hannah makes herself at home on any stage, in both small and large venues, fashioning her own space with a relaxed vibe that quickly spreads to the audience. As a result, every performance ends up feeling like a real heart-to-heart between her and the audience, varying in number from tens to thousands. Her new album, Word Bound, explores both the creative and reductive power of words, using her lyrics and their musical setting to reach beyond what meets the eye. What is left when labels are stripped away?

“What’s In A Name” – the opening track from her album Word Bound, is both quirky and catchy. Seemingly playful, this song takes a jab at the incessant urge to label one another and the pressure to prove our worth through status. “Beyond the glitz and the glam that we feign, everyone tries to differ… Are we not one and the same?” In collaborating with young French music producer Estienne Rylle and with established drummer David Allevard, Hannah Featherstone has developed a subtle and powerful electro backdrop for her pop-jazz harmonies.

We spoke via email with Hannah Featherstone, here’s what she had to say:

I’m a Franco-British singer and pianist. I would say my music is a fine balance between quirky poppy riffs and off-kilter jazzy beats and harmonies. I’ve been inspired by musicians such as Fiona Apple, Bobby McFerrin and Camille.

2.How did you get your start in music?

I started music when I was 8 years ago, studying classical piano. My father being a composer and writing for choirs, I was surrounded, as a child, by many gospel singers. I wanted to be part of their “club” and be as soulful as them. Over the years, I developed my voice, singing in classical, gospel and jazz ensembles.

Opening for the French singer, Gregory Turpin, at the Olympia, which is an iconic venue in Paris was quite spectacular. It’s one of those places you dream of playing at…

4. What does it take for band to stand out in a music environment such as the one in France?

To be honest, I’m not quite sure what the secret is. But I’m a firm believer in staying true to yourself and producing music that’s genuine. We’re all unique and I believe that the most successful artists are those who tap into their quirks and particularities.

5. What should people expect from your live performance when coming to see you play?

They should expect a strong diversities of styles and emotions. I like to keep the public on the edge of its seat, not too sure what’s coming next. I strive to direct our attention to something bigger than ourselves.

Yes, I started writing songs as a teenager and I’m passionate about composition and arranging. For my album, Word Bound, I worked alongside producer, Estienne Rylle, and drummer, David Allevard.

Before launching my album, I did a solo tour in England, France and Germany. So I’m really looking forward to performing with my trio now. I’ve been working on my album, Word Bound, for a few years so I first want to enjoy performing it and getting it out there. And maybe also expect the unexpected…

I think the first album I purchased was The Globe Sessions by Sheryl Crow.

I remember going to see Carmina Burana by Carl Orff with my grandparents as a kid and being knocked off my seat by the massive sound of the opening percussion.

I grew up listening to Genesis and the Police so I’m guessing they must have been pretty influential.