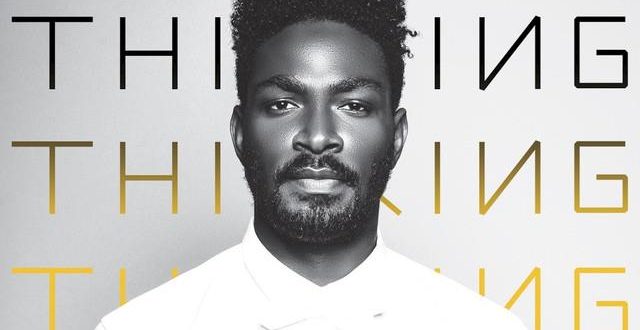 Artist Edenn, born Edem Kodjo Azuma, was born in Togo. The small country in West Africa is known for its beaches and hilltop villages. Edenn, who moved to Europe in 2010, channels little bits and fragments of the cool breeze and island-like sounds in his electric single “Thinking.” The song has flashes of modern musicality and waves of sonic bliss pushed against a choppy, electronic beat.

The song, is a perfect track to the summer. As you listen to the beat, you feel like you’re in your car riding down the coastline. Your hair dances with the wind; “Thinking” blaring through the speakers as your  hips move in the constrained seat belt. This is not a traditional EDM song in the sense that it’s a house beat or trance, but I can definitely imagine it being played at several clubs around the world.

The more I listened to “Thinking” the more I realized that I was comparing this track to the 1991 Londonbeat song “I’ve Thinking About You.” Unintentionally, of course. Londonbeat has a bit more Caribbean elements and murky guitar work. Edenn’s song is repetitive, but still very enjoyable. This is a very danceable song! I like how Edenn has a refined stamp. His song seems to encapsulate all the elements of fashion, art and design.

Just touching on the lyrics some more – “Thinking” isn’t very deep in terms of prose, and that’s perfectly fine. I like the simplicity of it, and again, applaud Edenn’s use of modern technology to create such a in-the-now sonic burst. The beat is contagious and beyond a doubt, it will get stuck in your head.

I was also struck by Edenn’s confidence. He comes across very gracious and humbled, yet modern (there’s that word again!) in his thinking of sharing his music with the world. He’s not so subtle you think he’s being fake in this song. He feels real and genuine.

Edenn also boasts a background in screen writing – and this is reflected in “Thinking.” He uses all the elements of story telling in his music. There’s an ebb and flow with the beat, and the listener is centered around this aura of love and light. He really nails it.

When someone asks you, “do you think or do you know?” I often find myself second-guessing. There’s no guesswork here: Edenn is the real thing. His debut single “Thinking” is a breakout pop song for the summer. Leave your worries behind, grab a drink and get to celebrating and dancing – “Thinking” is a song of joy, love and light! High marks indeed.

Stephen Vicino is the founder of MusicExistence.com. He created this site to give talented musicians a voice and a way to be discovered.
@@svicino
Previous Gallery: Black Veil Brides Live At Van’s Warped Tour In Phoenix, AZ 06/28/18
Next REVIEW: Jeremy Parsons’ New Single, “Why Is the Bluebird Blue?”