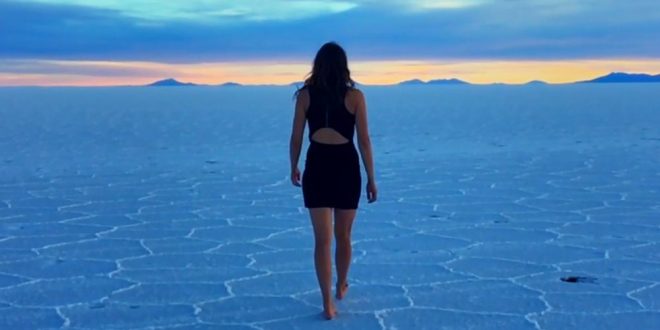 Sister Speak is an unique project. Singer/songwriter Sherri Anne merges rock with some orchestral conceits from the first on the projectís new EP release The Stand. ìNew York Sunriseî aims to invoke a sense of grandeur, never veering too far into heavy-handedness, through careful building and finely tuned dynamics carrying listeners from one section to the next. Her vocal for this track is, simply put, a tour de force. Sherri Anne isnít just a spectacularly gifted technical singer, however, but possesses a potent emotional range allowing her to convincingly inhabit every song on The Stand. Her vocal pyrotechnics near the songís conclusion are particularly memorable, but the piano playing accompanying her provides a beautifully lyrical counterpoint.

Piano plays a key role once again with the EPís second track ìFighterî, but the melodic slant is different with this song. The work on keys has a sort of revolving melodic quality and sticks with listeners thanks to its well honed directness. Anneís vocal treatment is definitely softer here, less dramatic, and the focus on subtlety over vocal muscle serves the song extraordinarily well. Sister Speak pays attention to dynamic shifts in this song as well, but there isnít the same emphasis on overriding climatic moments we hear with the first number.

ìDo You Believe?î is another model of song construction, albeit much more commercially minded than the aforementioned songs. The presence of rock drums in the song sharply distinguishes it from the earlier songs, as well, but Anne effortlessly transitions into a different style while never sacrificing any of the nuances making her great. Thereís a strong presence of keyboards and synthesizers in this song but never so much so that it feels jarring next to the other cuts. Itís the second song Anne penned with producer Avil Avilav and itís clear the creative relationship between these two figures is critical for the EPís ultimate success.

The EPís title song is a mildly astonishing moment. One certainly wouldnít expect, unless they had a crystal ball, Sister Speak to pivot from the style and sound of the previous three songs into acoustic country blues, but they do it with this song and make it pay off handsomely. Anneís voice proves ideally suited for the form and her restrained, moody singing nicely compliments the songís guitar playing. The second half of the track transforms into much more of what weíve come to expect from Sister Speak and, coupled with that opening, it makes for arguably the most compelling musical moment on the release. The finale ìWallsî revisits the sprawling epic sound of the opener, more cluttered than before, but never so much that it dampens the listening experience. Instead, Sister Speak comes off determined to give this relatively brief release the sort of final curtain it deserves and succeeds in doing so. Few releases in 2018 will match the imagination, depth of emotion, and musical skill we hear on Sister Speakís The Stand.

Stephen Vicino is the founder of MusicExistence.com. He created this site to give talented musicians a voice and a way to be discovered.
@@svicino
Previous A Quick Guide To Caring For Your Vinyl Records
Next Gallery: Paramore at Huntington Bank Pavilion in Chicago, IL 7/2/18