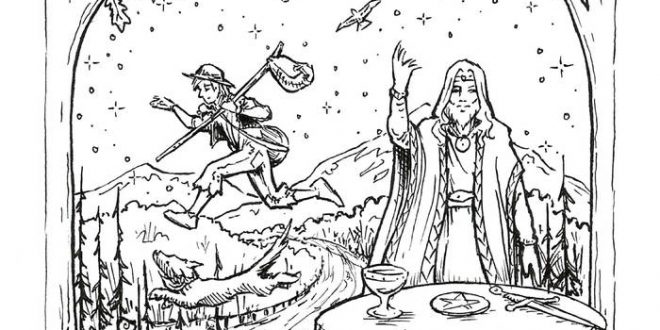 Acts like The Hills and the Rivers are throwbacks to a simpler time in music, but there’s nothing about their ten song effort The Fool & The Magician suggesting this is an exercise in pastiche or pinning butterflies under glass. Instead, this is a family affair, led by two of the Hill family siblings, Isaac and Heidi, and alive with imagination and individuality. The core band features six members, but a number of guest musicians appear on these songs and contribute to the rich tapestry of melody and intelligence defining these tracks. The collective first began life as a street folk band and the aforementioned Hill siblings began demoing the band’s first songs in 2013. Music runs through the family tree like an all pervasive vine and this third album from The Hills and The Rivers has the Hill family and their talented creative partners working at the peak of their powers.

It opens with ‘Zero’, a brief and dissonant instrumental clocking in at just over thirty seconds and seamlessly segueing into the first full song ‘The Fool’. The clipped riffing of traditional instruments generates surprising energy, nothing like we’re accustomed to hearing from modern folk acts, and the vocal tandem of Heidi and Isaac Hill prove they possess chemistry as performers as well as songwriters. The same kinetic charge fuels ‘The Leap’. Joey Schuller’s banjo playing is a key ingredient in what makes this a tasty performance and Isaac Hill’s largely solo vocal incorporates harmonies in the chorus and a particularly effective bridge. The extended instrumental break in the song’s second half features some eye-popping playing from Schuller.

‘The Road’ turns down the tempo to a rhythmic mid-paced churn and violinist Chris Fazio fills the song with an added stream of color. The Hills and the Rivers, one track after another, impose their own unique creative vision on longstanding folk song conventions with style and finesse. It’s never a self-indulgent or facile experience. ‘Middle Garden’ has a melody you won’t soon forget and powerful lyrics glowing with poetic spirit, but it’s never obscure. Isaac Hill doesn’t sing with what we commonly identify as a technically gifted voice, but has a signature emotive edge few modern singers share. It’s the album’s longest track and an omnipresent sense of yearning carries the track from the outset and sustains itself for the entirety of the tune.

‘The Hawk and the Dove’ is an instrumental performance especially notable for another Chris Fazio tour de force. His violin work is critical to pulling off the transition from the intensely lyrical first half into a much moodier second part and conclusion. The moodiness continues with the album’s second longest track ‘The Valley’. The verses are muted, even stark, and The Hills and the Rivers only open things up with the chorus; even then, however, a dark cloud hangs over the song. Hill’s lyrics are among the album’s best. Guest percussionist Kasey Fusco lays down some nice cymbal flourishes and mandolins play off well against Fazio’s violin. Little in the traditional music scene today will impress you as much as The Fool & the Magician.

Stephen Vicino is the founder of MusicExistence.com. He created this site to give talented musicians a voice and a way to be discovered.
@@svicino
Previous Coat Check Girl Release “Astray”
Next Live Review + Gallery: Alice in Chains at Budapest Park on 07/01/2018 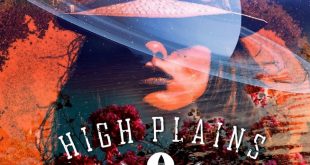