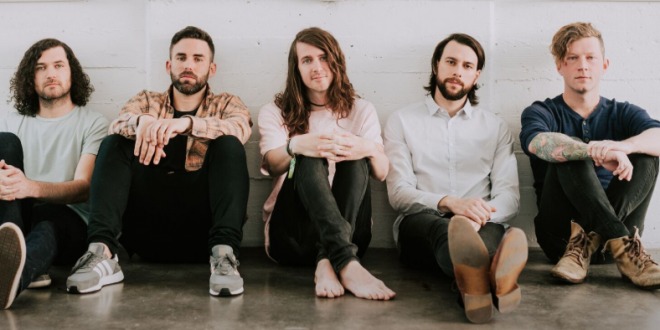 Summer is a good time for festivals and new album releases. Mayday Parade know this all too well. They may well be enjoying Warped Tour over in the States right now, but their brand new record Sunnyland was released just a week after their appearance at UK rock and metal festival Download.

So, when I spoke to bassist Jeremy Lenzo and lead guitarist Alex Garcia that weekend before their LP dropped, both were looking forward to finally getting their new music out there.

Alex: “We’re feeling very good. We love all the songs. It was a long process, so honestly for me I’m just excited for its release and to start touring off of it. We took so long off and we’ve been working on those songs and preparing for this, so it’s been a long process and it’s so great to finally be putting it out.”

Jeremy: “I think there’s a good mix of all the albums, I think. It’s got a little bit for everyone.”

Sunnyland is a pretty great album, but so it should be since Mayday Parade started out with a plethora of songs at their disposal:

Jeremy: “When we got together to show all our ideas we had somewhere around eighty songs that we had all worked on. So, we were like, “How do we narrow down eighty songs to thirteen songs?” It took a while to figure out which ones we thought had the most potential, but we’re happy with what we put on the album.”

Sunnyland is a gorgeously nostalgic album for me. It’s definitely an update on noughties emo rock. It’s just the right balance between summer pop vibes and frustrated angst you can only get from the Sunshine State’s favourite rock band. Star track for me personally is It’s Hard To Be Religious When Certain People Are Never Incinerated By Bolts of Lightning; a song title which mid-noughties Fall Out Boy would be kicking themselves for not coming up with first. It’s a very moody track with plenty of pop-punk riffs, and it’s as bitter in its lyrics as its title may suggest. The title, I learned, is from a Calvin and Hobbes comic; the newspaper print is hugely popular in the States, but it hasn’t quite gained the same notoriety over the Atlantic. I’m definitely going to look it up though.

And, if anyone was wondering how Mayday Parade did when it came to their live performance that afternoon on the Avalanche Stage at Download Festival, it’s safe to say they smashed it. That’s unsurprising since this band has been going strong for over a decade. This setlist was chock-full of classic Mayday: even “Three Cheers for Five Years” from their self-released debut EP Tales Told by Dead Friends all the way back in 2006 were featured. To see a band so excited for their new material, whilst still loving and appreciating their very oldest is delightful to see.

If their track record is anything to go by, they might just have started on album number seven as we speak…

Sunnyland is available for stream and purchase right now, and you can catch Mayday Parade at a live show throughout the summer! 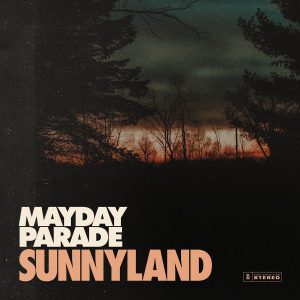 Freelance arts, culture, and music journalist. Lots of words and some radio. Studying for an MA in Media and Journalism. Trying their best.
@lozreviews
Previous Interview: Blessthefall @ Download Festival 2018
Next Interview: Des Rocs