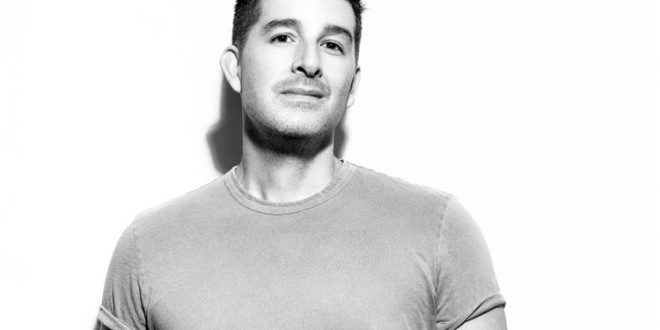 Joe Settineri is a Midwest-bred, west coast-based singer/songwriter. Taking a leap from the security of a career in finance, Settineri soon found himself in the wild, often unpredictable world of music once moving to Los Angeles. There, he amassed a solid following upon finding his sound – a modern pop tone seasoned with the more traditional jazz and Broadway nuances. Recently, Settineri has channeled the utmost extent of that sound with his latest single, “Hello Goodbye,” which came to be during a promotional run of his previous EP, Be the One.

I caught up with Joe to discuss his shifting of careers, finding his sound, as well as what he has ultimately grasped given his artistic maturity.

ME: Originally, you had established yourself in the world of finance. When did you find your calling in music?

Joe: You know, music has always been there for me. I originally went to into finance in college on the west coast, because I didn’t really want to fund a music education. I did business instead, which I liked a lot, but I’ve always done music at the same time.

I was living in San Francisco and doing a lot of music-related stuff — stage work and acting — on top of finance. In both, I did well, but at some point, I had to make the leap, so I moved to LA to focus on music.

ME: It seems like going into it, you were able to utilize both skills.

Joe: I think so! I wonder whether it was the right way to do it (laughs), but that’s the way I did it. My journey is my journey.

ME: How did you feel in the midst of that change?

Joe: I was nervous (laughs)! With a consistent finance job, you have a consistent income, right? You also have a very structured world. But I dove head first into another world that was very unstructured. It was about putting myself out there, meeting new people, while writing music. By doing that, I needed to create my own structure. It was scary, you know?

ME: Well, I’m glad you’ve made the best of it, and were able to make those connections! When it comes to music, which influences helped shape the development of your sound?

Joe: I’ve always had a sound in my head that I’ve wanted to put down. With my new single, “Hello Goodbye,” it’s the first time I’d really gotten through to my producer, Mike Krompass, and we nailed it.

In terms of influences growing up, my whole life, I’ve had a bunch of different ones. Being a singer, I love anyone with a unique, interesting voice. When I was a kid, I fell in love with Laura Branigan (laughs)! Do you know who that is?

Joe: Yeah, right? Gloria! A lot of her stuff really sticks with me to this day. Even someone like Diana Krall, who’s an amazing jazz singer. She’s got that gorgeous, smoky voice, and it’s just killer! Bands like Train and Zac Brown Band also have these voices that are awesome. So, a lot of that has given me my sound—something that supports the voice.

ME: I can tell you channel that very well in your music, from seeing your live clip of “Gone” at the Catalina Club.

Joe: Thank you so much! In my years doing stage work, my voice can get a little Broadway. It’s funny, because we’ve worked really hard to get that super traditional Broadway sound out of my voice, while at the same time, focused on giving it a pop feel.

ME: Let’s talk about your latest single, “Hello Goodbye,” which follows your Be the One EP. Can you tell me about the transition between both releases?

Joe: Be the One came out about a year ago, and it had some great songs that I was in love with. I did some shows in LA to promote that. Right before one of them, I wrote “Hello Goodbye“ out of the blue. It just kind of came to me one afternoon while I was zoned out. Usually, when I write a song that fast, I don’t think it would come out very good. But once we’d cued it into the set, we just did a really stripped-down version with just piano and vocals, and it turned out to be a great song! There were people in the audience who came up to me after the show and said how good the song was, so I’m glad we tested the song out with the audience before recording it.

ME: The video captures the song pretty solidly. How did the ideas come together?

Joe: The music video was a really fun process for me, especially since I haven’t really done videos before. It started out as a quest to have some good content alongside the single. I didn’t know if I was going to release the video by itself. But I worked with this great guy; his name is Sam Haskell. He envisioned this very visual video that told a story, of not only the heartbreak involved in saying goodbye, but also giving the viewer some hope. A lot of the time we say goodbye, we walk away and we’re sad. But what about showing that we can’t stop thinking about this person? There’s still hope, because eventually, I’m able to move on. We wanted the beginning, with me coming into a house I’ve never been in before, to represent having just left a long relationship. But we end it on the beach, where, on the coast, people get inspired and move forward. I just wanted to demonstrate that positivity, and make this more of an empowering song, rather than just a sad one.

ME: From what I gather, it’s “Hello Goodbye,” rather than just ‘goodbye.’ It’s like the natural course of the relationship, where at the end, things seem final on the surface, but you never know when you’ll cross paths again.

Joe: Absolutely; yup, I love that.

ME: In general, do all of these songs fit within the concept of growth?

Joe: Yes, growth is definitely a part of that.

ME: What will the follow-up be to “Hello Goodbye”?

Joe: I have a couple singles coming out toward the end of the summer. One of them is called “Batman Cries,” which focuses on the idea of “If Batman cries, things must be that bad.” But it’s not limited to Batman; it could be someone strong who you look up to. I have a song called “Oxygen” coming out as well. It’s the super simple concept of needing someone like you’d need oxygen, which could easily fit into “Hello Goodbye.”

ME: How do you feel you’ve grown as a musician, given these opportunities?

Joe: When I think of growth in terms of pockets of time, I don’t notice much difference. But when I apply it to a larger span, I can definitely recognize the growth. I’m really fortunate to have released all the music that I had up to this point. I may look at some songs from the past and ask myself “Oh my God, why did I release that?” But when I look at where my music is today, I’m so happy with where it’s at. Getting to work with Mike Krompass and his team in Nashville, and watching him interpret exactly what I’d envisioned into something even better was an amazing process. As a songwriter, I feel there’s growth that accumulates the more songs we write. In July I’m going to be back in Nashville working with Mike, and we’re going to try to finish up an album.

ME: I like how you answered that. For a lot of people, especially when their activity is so consistent, they seem to take the growth process for granted. But when they actually figure to take that step back, that humbles them in a way.

Joe: It does, and it takes years to do it, right? Today, we tend to see some people who experience success in such a short time, that we forget the rest of us are working every single day to reach that same spot. It doesn’t happen overnight.

Joe: I appreciate your positive words, and everything everyone has said to me about my new single. I’ve gotten such great feedback from people who have reached out to me, saying it was a song that they’ve needed, and it’s touched them the way that I’ve hoped. It’s good to have songs that are about moving on, but also with themes of empowerment and growth.

I come from a family who is passionate about all things music. I learned to sing at an early age, and by 13, had my very own Fender Strat guitar. I tried my hardest at learning all that I could. Because I was born with cerebral palsy, I had to teach myself an adaptive playing style. I learned to write and record my own music, despite these difficulties. In college, I started making great use of my writing abilities by reviewing music, as well as copy editing. I guess it's best to stick with what you know, while welcoming a fair challenge at the same time.
Previous Gallery: Dropkick Murphys at Forest Hills Stadium in NYC June 22, 2018
Next Gallery: Blue October at Brooklyn Bowl in Las Vegas, NV 06/16/18