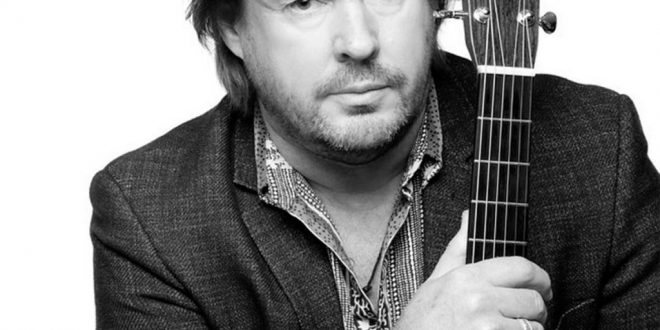 In his brand new extended play About Joe, Australian singer/songwriter phenom Brendan McMahon kicks off his latest release with one of the most introspective and brooding rock songs of 2018 “Home,” a track that I was initially a bit confused by, but to my own ignorance, proved to be one of the more creatively structured power ballads of the latter half of this decade. It sets the tone for the contemplations he’s loaded this EP down with, and makes for a magnificent lead off to one of the most anticipated releases of the summer. I had the chance to preview the record the other day and was very impressed with the level of quality that its content presented to me both as a listener and as a music critic.

While Brendan McMahon’s work has always been noted for its insightfully emotional nature and structures that create a soundscape of yearning and pondering, this has got to be one of his most forward thinking and maturely composed offerings to date. In a modest collection of five spiritedly driven songs, he tells a somewhat progressive story of self-awareness, debate and acceptance over the course of a short running time that leaves us begging for more from this talented artist. “Alive” is my nomination for best produced rock song of the year, featuring a guitar riff that is almost too forceful in its juggernaut delivery and vocals from McMahon that are his most passionate yet. The most beautiful element present in About Joe, aside from its thoughtfully engineered material, is its incredibly well arranged production, which in its crystal clear high definition audio makes it so much more accessible for audiences to connect directly with this artist’s complex, cerebral aesthetic.

In this particular format, McMahon’s diverse collection of influences is highly showcased but never overstated, and by that I mean that his unique sound is more of a reimagined style of folk-rock than it is a derivative attempt at recreating a sound from a scene that’s no longer active or relevant in today’s marketplace. Originality is important to this artist, and that’s clear in his deliberate lack of repetitive themes or beats on About Joe. A lot of times, extended plays can run into the hazard of coming up short in exhibiting an artist’s depth of creativity, but none of the tacks here feel like they’ve been condensed or watered down to fit into the limited space available. Again, if there’s any complaint I’ve got with About Joe it’s that there’s so much awesomeness here that it’s almost a little disappointing when it comes to such a sudden close at the end of the slick “Doctor.”

One thing is for certain; having shown so much growth and development in his sound with this latest release, who knows what the future holds for Brendan McMahon and his colorfully anthemic pop/rock. About Joe seems poised to have a really big impact on 2018, and if the momentum keeps up for this artist, it won’t be long before his next release is all the buzz among critics and fans alike.

Stephen Vicino is the founder of MusicExistence.com. He created this site to give talented musicians a voice and a way to be discovered.
@@svicino
Previous Introducing Icebox
Next Gallery: Dropkick Murphys at Forest Hills Stadium in NYC June 22, 2018