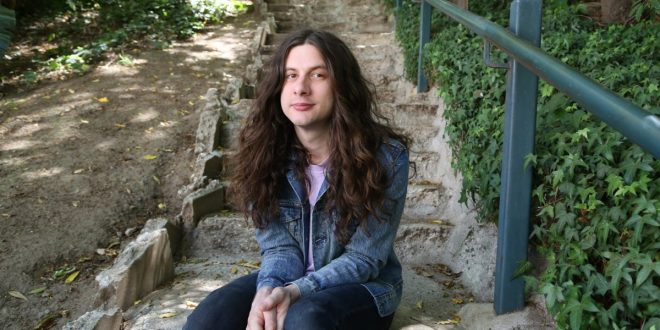 Kurt Vile, one of rock’s most captivating frontmen, guitarists, and songwriters, will once again be heading out on the campaign trail, with support from The Violators (Rob Laakso, Kyle Spence, and Jesse Trbovich), running on their non-partisan platform known as rock n’ roll. In addition to previously announced campaign stops this summer, the four-person committee will continue to play for its diverse constituency across North America this fall, kicking off on November 24 at Boston’s House of Blues and culminating at Chicago’s Riviera Theatre on December 22. Fittingly, Kurt Vile has once again partnered with PLUS1 so that $1 per ticket sold will go to support the ACLU’s work defending and protecting our individual rights and liberties. The full list of tour dates can be found below.

Kurt Vile has been seen and heard on television sets across the country on the late-night circuit (Colbert, Letterman, Conan, etc), as an animated singing squirrel on HBO’s Animals, covering the Squidbillies theme song, as a roadie on Portlandia, and as an answer on Jeopardy. He has collaborated with artists including Courtney Barnett, Lukas Nelson and Promise of the Real, J Mascis, Kim Gordon, Hope Sandoval, John Prine, John Cale, Cyndi Lauper, and Warpaint (not to mention the former Philadelphia Eagle, Connor Barwin!), and has toured the world several times over. With hundreds of thousands of records sold and a day named in his honor in Philadelphia, Kurt Vile’s 2018 promises a boundless ascendancy in the next leg of his beloved and storied career.