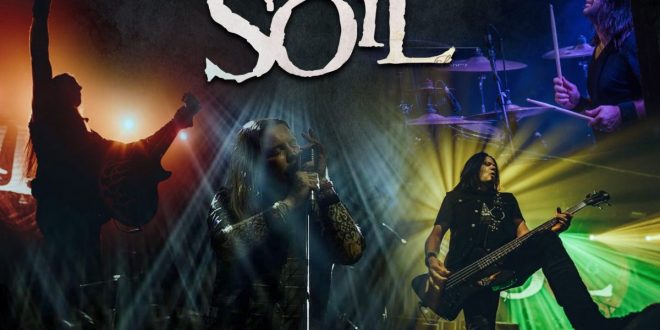 Veteran rock band SOiL is touring America promoting the 2017 release of SOiL Scream: The Essentials, a greatest hits. Featuring Songs from Scars, Redefine, Whole and other rate tracks such as a cover of the song “ Gimme Some Lovin”. The band recently finished a European tour in support of the record in Feb 2018 with Alien Ant Farm and Local H. Upon the albums release the band welcomed a new addition to the band, drummer TJ Taylor. Bassist Tim King recruited TJ in September 2017. TJ was formerly the drummer for Tantric. The band will be joining the redemption tour this August with Puddle of Mud, Saliva, and Tantric. SOiL will also be on the bill for many festivals including Rockfest WI, Rock USA WI, and Inkarceration Fest Mansfield OH. Check for tour dates here.

Stephen Vicino is the founder of MusicExistence.com. He created this site to give talented musicians a voice and a way to be discovered.
@@svicino
Previous EXCLUSIVE! Ed Roman Reveals First Look At New Video From Sesame Street, Kung Fu Panda Animator
Next Shaman Elect – Rock Jazz Electronica from Brooklyn Release Mind The Ether Today