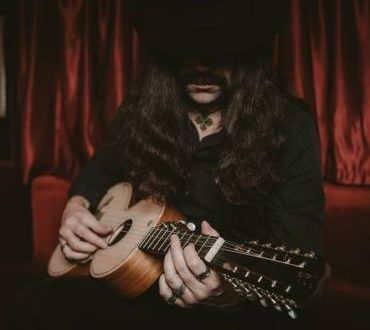 I’ve never understood people’s fascination with the rock band Imagine Dragons. It makes me feel a little uncomfortable even calling them a rock band because of how obviously hard they try to fit into the stereotype that accompanies the moniker. Since the mid-2000’s, most of the legitimate rock n’ roll that I’ve heard has come to me via college radio, where the avant-garde and pop worlds clash to produce the hottest tracks in underground, and really, all music. It’s an untouched holy ground for audio that hasn’t been corrupted by corporate influences. In other words, it’s where real music lives and breathes. And, much to my satisfaction, they don’t play have any Imagine Dragons in the rotation. One thing is for certain though; if college radio stations across North America are going to be blasting one record more than any other this summer, it’s going to be the much anticipated debut release from Portuguese alternative rock collective Lusitanian Ghosts, Lusitanian Ghosts (out this June 8th). Born out of years of collaboration and careful revision after revision, this 11-track LP is the album that critics have been being teased with for a very long time now, and at last we get to experience what all the hype has been about.

While I wouldn’t go as far as to call it the orchestral watershed that pop/rock has been awaiting to follow up such world-shattering acts as the Beatles, there’s definitely a lot be excited about in Lusitanian Ghosts, both the band and the album. Comprised of layers and layers of exotic instrumentation that competes for the spotlight with a raging rock band that accompanies rich harmonics and vocals that recall jangle pop singer/songwriters of the 1980s, Lusitanian Ghosts is, from start to finish, the experimental record that it has been marketed to be. Is this artist collective changing the way we listen to music in general? No, but I don’t know that they’re necessarily trying to. If anything, I think that Neil Leyton and his band of music gurus are trying to produce something that will be universally relatable, to audiences of a variety of tastes. There’s no denying that some of the catchiest hooks that I’ve heard all year are on this record, especially in songs like “Past Laurels” and “Trailer Park Memories,” both of which I predict will receive a lot of airplay this summer. This album almost plays like a greatest hits record more than a debut LP, and that’s not a bad thing at all; it displays how mature this group of composers and performers are both on an individual level and as a collective force.

Even if this is the first time that you’re hearing about them, I think music fans of all backgrounds would be wise to give Lusitanian Ghosts a close examination to see why my fellow critics and I are discussing this band at such length. Very rarely does a group inspire this much dialogue before a record has even been released, and even less often does that record leave the warm impression that this one has. It’s worth taking note.

Stephen Vicino is the founder of MusicExistence.com. He created this site to give talented musicians a voice and a way to be discovered.
@@svicino
Previous Gallery: Imagine Dragons at PNC Bank Arts Center in Holmdel, NJ 06.09.18
Next Toronto Rock Band Across The Board Supports Ovarian Cancer Canada With “She’s Listening”