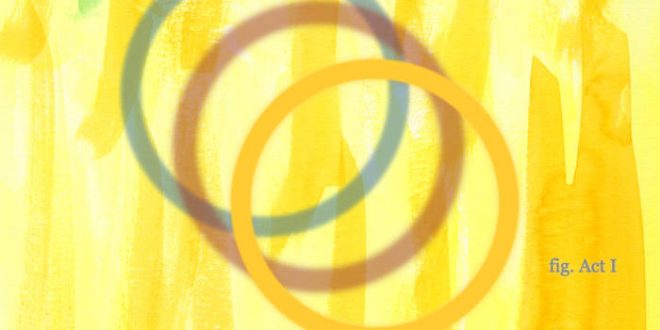 The Book of Arius EP is a four-act piece performed by a string quartet. T.C. Crosser is its composer, and the performing quartet is composed of Maria Im, violin I, Jannina Norporth, violin II, Kallie Ciechomski, viola and Caleigh Drane, cello. Although Crosser has ties to pop and rock music and has recently been applying his arranging skills to a reimagining of Radiohead’s OK computer for cello, piano and eight Broadway singers, this four-section composition decidedly falls into the classical music camp.

The project’s name was inspired by the Christian presbyter Arius, who was controversial because he emphasized the father’s divinity over the son. These teaching came to be known as Arianism, in opposition to the official Christian doctrine of Trinitarianism. The listener, then, is left wondering how this historic theological figure relates to T.C. Crosser’s music.

Each of these pieces biographically reference memorable stages in Crosser’s life. Opener, “Act I:1. White Sulphur Springs,” is a place where Crosser has lived. This area is also known as the ‘Queen of the watering places,’ due to its resort-like qualities. It is oftentimes the summer travel spot for rich Virginia low country folk, in search of an alternative to seasonal heat and humidity. This piece does carry with it a peaceful vibe, as it’s both relatively slow and thoughtful.

With “Act I: II. River City,” we’re taken to Crosser’s hometown. One picks up from these notes that childhood may not have always been a happy time for the composer. The notes are choppy, not smooth, and the minor key melody leaves the listener with an unsettling feeling of unease.

“Act I: III Goose Creek” is both quiet and foreboding. Its melody is sparse, and the notes are few. It has a sadness running through it, and it seems to audibly describe a dramatic scene.

The concluding section, “Act I: IV. Hell’s Kitchen,” quickly distinguishes itself from the preceding three movements. It begins with an almost lullaby-like opening, before moving into a clipped note section. These are not the harsh notes applied to “Act I: II. River City,” though. Instead, there is more life poured into these notes, like the difference between one that merely walks, and one that walks purposely with a spring in his/her step.

It’s always difficult to interpret instrumental music. Without words, one must attempt to pick up on the vibe created by the arrangements. T.C. Crosser may crossover into pop and rock musical realms, but there is no doubt about his classical music qualifications. Far too often, modern ‘classical’ composers merely write pop compositions and then arrange these for classical instruments. In contrast, though, Crosser’s music stands up well next to classical works with which we’re already familiar. He’s actually closer to a traditionalist, than to some sort of modern day classical renegade.

Listening to Book of Arius is breath of fresh air for anyone that may have grown tired of all the modern day synthetic music. These are real people, playing real instruments. It’s not a bunch of artificial (musical) intelligence, which is how too much modern music sounds. It isn’t music for the casual listener, however. Crosser put a lot of time and effort into creating this EP and deserves the same attention from his listeners. It’s demanding music, in the very best sense of the term.

Stephen Vicino is the founder of MusicExistence.com. He created this site to give talented musicians a voice and a way to be discovered.
@@svicino
Previous R&B Hottie Sevyn Streeter could be set to collaborate with Brooklyn Hip-Hop Artist & Songwriter Trillz “Da Yung Apprentice” !
Next Fickle Friends Premiere “Say No More” Video