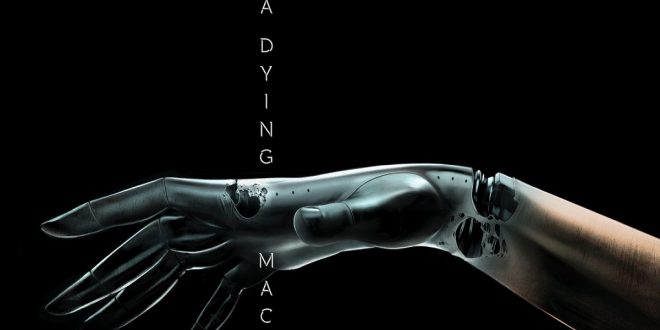 I have to admit, I was a bit late to this whole Tremonti party. I kept saying for a very long time that I have to check out this project of my favourite guitarist, but only about seven or eight months ago I finally got to listen to it at last. And I fell in love instantly with the first song I listened to, which was Dust. Few playthroughs of the first three albums later and I was hooked up. So when the Tremonti IV was announced, I was beyond excited. And A Dying Machine certainly did not disappoint.

The first song, “Bringer Of War” sets a nice swift tempo and the song reminds me a bit of Motörhead here and there. Listening to these lyrics, I keep thinking about Game of Thrones, too, I am a massive fan of the series and it is known so is Mark, so it kind of makes me wonder how much influence is there. The heavy and energetic drumbeat makes definitely for a great song to play live.

I also cannot wait to hear live “A Dying Machine”, this song was released as first and for me it is one of the best on the album honestly. I was very impressed with the vocals here, but even more with the lyrics when I first heard it and the whole album just shows off Mark as an amazing songwriter.

For those of you, who are still waiting for some heavy riffs after the first four songs came out, you certainly will not be disappointed. Songs like “Throw Them To The Lions”, “Make It Hurt” and “The Day When Legions Burned” have some amazing guitar riffs in there, as well as strong bold drums.

But what caught my attention are these a bit slower tunes, not as heavy as the previously mentioned songs, but outstanding no less. “Trust”, “As The Silence Becomes Me” and “Desolation”. Especially the latter two give me goosebumps for sure, but I was also very impressed by Trust ever since I’ve heard it for the first time. The scale and overall amount of emotion in the vocals, especially on these less heavy pieces, is unmistakable. On the other side, Mark really knows how to push that heavy strong voice of his where needed and controls it very well. Personally, this record made me fall in love with his voice and realize how beautiful it indeed is more than any vocals of his before. The first and best are his guitar skills, that is for sure, Mark is known for great and amazing solos and overall he is one of the best guitarists out there. His singing is only second to that, but that is only because he is such an amazing guitar player.

As I already mentioned in the beginning, this record certainly did not disappoint and my standard with Tremonti is very high indeed. Dark at some points, but full of hope at the same time, it leaves you craving for more and more we should get as Mark announced he is working on a novel. This concept album as a whole flows very naturally and is very compact even despite the songs being very different from each other. For those of you fed up with the generic albums full of songs sounding one much like the next, A Dying Machine is really a breath of fresh air here. Certainly impressive piece of work by these guys.

I usually don’t like to compare albums one by one by a certain artist, especially as the artist evolves and changes over the span of years. But with A Dying Machine I have to say this one is so far the most adventurous musically wise and also the most diverse album by Tremonti to date. Not only that, I dare to say that it is far more diverse than most of the albums that come out nowadays. I remember when the second single – Take You With Me came out my first thoughts were wow, this is different. If I can guess one thing about the album at this point, I bet it is going to be very very diverse. And I was certainly right.

At this point in his career as an outstanding musician, no one can doubt Mark Tremonti and his skills as a songrwriter and guitarist. What most probably underrate are his amazing skills as a vocalist, Tremonti is after all far less known than Alter Bridge or Creed back in the days. And you can only hear very little of Mark’s voice there, but certainly Waters Rising is one of my faves on Fortress album and shows off both on record and live that Mark certainly can sing well. I honestly cannot wait for the European tour to start.

A Dying Machine is out worldwide this Friday June the 8th. You can pre-order your copy at: Napalm Records and www.marktremonti.com

Tremonti will embark on European tour throughout the summer with set of headlining shows, festival appearances and as a support for chosen dates of the Iron Maiden’s Legacy Of The Beast Tour 2018. 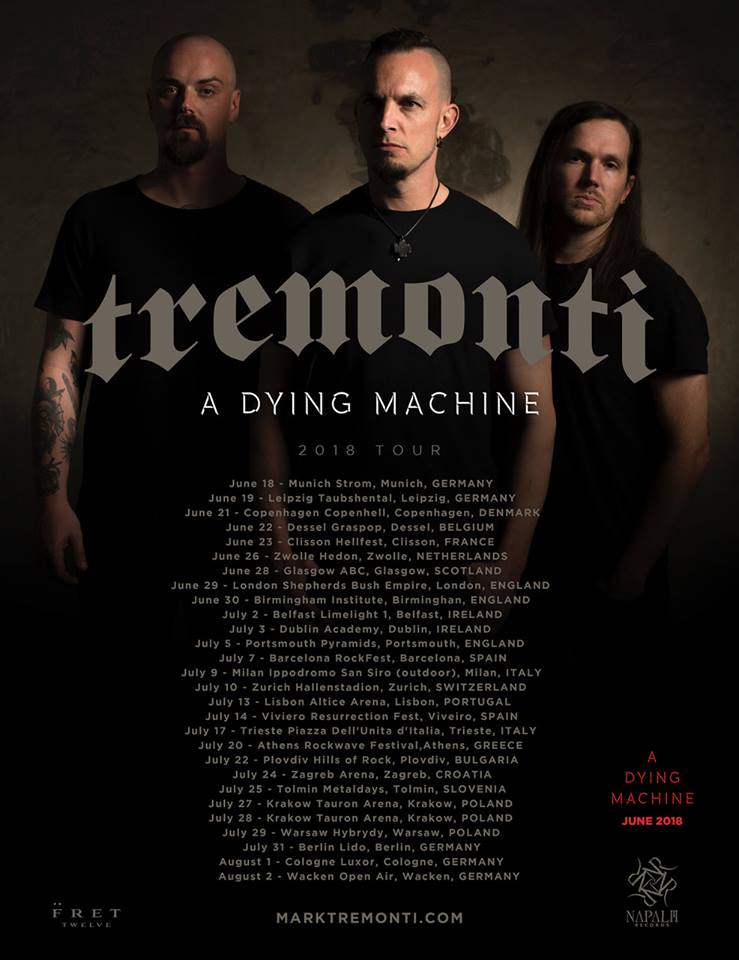