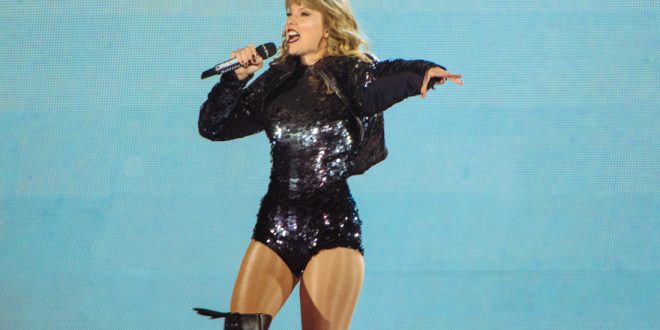 If you told me it were possible to make a stadium feel intimate, I would roll my eyes. Sure, the sense of camaraderie is not lost when 60,000 people are all singing the same words- but intimate? Try again.

It’s safe to say that that idea was crushed into 60,000 pieces as Taylor Swift did the unthinkable. With the help of a main stage featuring two catwalks, two B stages, and a light-up carriage that floated over her fans, Taylor Swift managed to make Soldier Field feel intimate.

Swift opened with two of her biggest hits off of reputation, …Ready for it? and I Did Something Bad, complete with pyrotechnics, steam, and acrobatics from her dancers. Throughout the show, these flashy add-ons were just that: add-ons. None of the bells and whistles were able to outshine Swift as she belted and danced for a full two hours.

That being said, Swift took the time to revisit her roots by commanding a B stage with only an acoustic guitar. Swift took the time to discuss her writing process, describing that whether she’s writing country or pop it always starts with the same things: an idea and a guitar. After an acoustic version of Dancing With Our Hands Tied from reputation, Swift graced her audience with a song she wrote for her 9th grade talent show, Our Song. Swift hasn’t performed the song live since 2013, and the audience showed their appreciation by singing every word.

Swift closed out the show with a mashup of We Are Never Ever Getting Back Together and This Is Why We Can’t Have Nice Things. The combination of the two, along with a confetti cannon and a functioning water fountain that Swift and her backup dancers were splashing in, made for an exciting final song that encapsulated the entire fun-filled vibe of the show. If you have a chance to catch a show of the reputation Stadium Tour, grab your tickets now- you will not be disappointed.

Chicago based photographer focused on music. Passionate about art, design, and waffles.
@@calliegcraig
Previous Billboard Gets Rocked | May 2018
Next Gallery: Poison at Hollywood Casino Amphitheater in St. Louis, MO on 5.26.18