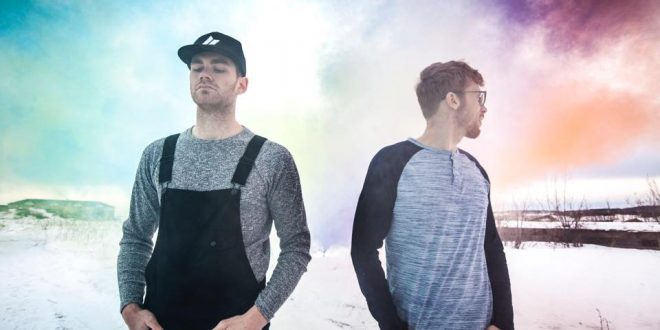 Earlier this month Canadian indie duo Violet Night released their debut LP Colours of You. The album is a perplexing record: it’s all over the place in regards to genre, every song seems so unusually different to the one before, so it’s difficult to pinpoint what it is about this which makes it work. But, maybe it’s this randomised nature of the album which makes it such an interesting and atmospheric listen.

It kicks off with “Depths,” a song which demonstrates a depth of feeling within its indie vibes which many bands could not pull off.  Meanwhile, “Young Guns” is slightly punkier, and a whole lot more emo. “Where We Began” is a solid acoustic folk rock track if ever I heard it; that would hold up with genre contemporaries like Frank Turner.

“Sparks” is dreamy indie pop that could easily have come out of the 90s Britpop scene. It’s successor “North” is a bit rockier and maybe more interesting, though that’s down to personal preference rather than judgement of quality.

“Secrets” verses are slow and poppy, whilst its chorus transforms into an exciting electronica-dance hybrid. It segues into the melancholy “Lions,” a vocal led track with a military drum beat.

An unexpected favourite is penultimate track “In The Night,” which builds from soft, smooth indie into a crescendo of emotive rock. The album finishes off with the eponymous “Colours of You,” which brings the energy right down at the end.

Violet Night build a world within their music, made up of all of their influences and tastes encapsulated within the music. Even without knowing any background info on the band and their journey, you can follow their path as their music takes you along for the ride. It’s definitely one of those albums you just keep coming back to, although for the life of me I still can’t work out why.

Colours of You is available to buy and stream now!

Watch the video for “Where We Began” below: