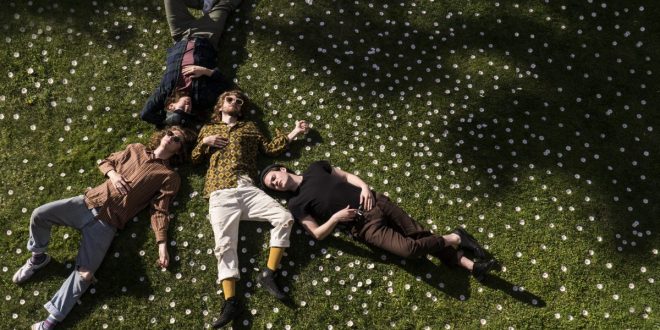 Rad Horror have premiered the video for “Teenage Love” – one of the four singles that the band collectively released earlier this year in the form of their highly-anticipated debut EP, Anti Teenage Sensation Part 1. YouTube or featured in Spotify’s “Rock This” playlist.

“I wrote a treatment about the love and the hate, the fuck and the fight, the kill or be killed, and the mourning after. The next day I was in a shitty motel in the deep San Fernando valley shooting with my friends Alexa San Roman & Matt Marino.

“I’m sorry Dylan, but I just don’t love you anymore” she said. 7 years and the highest promise of a future, suddenly was non existent. Knowing full well you’ll never speak or see someone again is like mourning a death. Why are we so scared of death? Because it’s permanent… and there is nothing you can do or any motherfuckin god to pray to that’s ever, ever going to bring them back.

Anti Teenage Sensation Part 1 has been a breath of fresh air in the often stagnant world of alternative rock in 2018. The four-song EP, which premiered with Culture Collide, sees the raw emotion of Dylan Jackson Scott’s voice melt into reverb-soaked guitars and wall-of-sound choruses throughout. Scott’s incredible command of the loud-soft dynamic as a songwriter and the power it can wield calls to mind the golden age of 90’s indie rock while also referencing more recent standouts like Brand New or Moose Blood. The EP further cements the band as a torchbearer for honest, evocative rock and roll. You can listen now on Soundcloud or Spotify.

“Social media has become the death of modern romance. I’m nostalgic for the feeling of falling in love and fading to fucking black. Are we all actually doomed to roam the planet alone? Are the days of true emotion rattling through our brains gone forever? Money and fame rule our screens and destroy our perception on what is real and what is fake.”

The Los Angeles based Rad Horror turned heads with the release of “Dark Times” last fall, which was well received at press garnering coverage everywhere from Impose Magazine to AV Club to C-Heads and earning a coveted spot on Spotify’s New Music Friday. “Dark Times” lived somewhere between modern indie rock and the heyday of 90’s alternative with it’s loud thrash-y guitars, killer melodies and undeniably infectious hook. On “Stay Out”, the band takes an aggressive step forward; leaning deeper into their diverse array of influences from the past 30 years of rock.

Previous Night Verses Drop New Track “Phoenix IV: Levitation”
Next The 1975 Return with New Single “Give Yourself A Try”