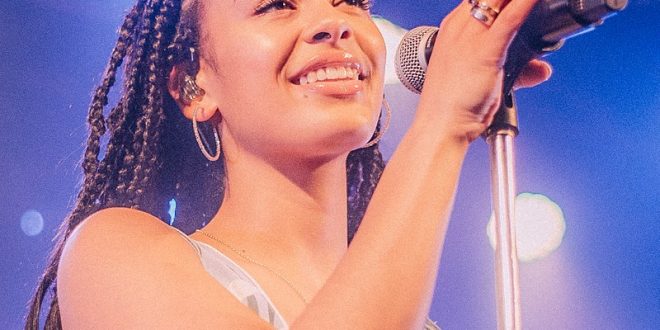 We all know Cardi B well enough by now for breaking the year 2017 in half with her single,’Bodak Yellow’ that did outstandingly amongst the audience that year. However, 2018 is seemingly the year of new and upcoming artists. These future chart-toppers are coming up with new music that is fresh, modern and ideal to the listeners of today’s world. Some of them are band-dropouts whilst some are entering the music industry for the first time, here are five such artists whose names you won’t forget this year.

A British Singer with a soulful voice that has been compared to so many strong female artists with the likes of Rihanna and the late Amy Winehouse, Jorja Smith is ready to conquer the industry. She is coming up as the next big thing in the world of music as she won the Brits Critics’ Choice Award this year already. Smith is ready to turn the world upside down independently this time and make it big by herself. Watch out for her first studio album, “Lost and Found” which is set to be released on June 8, 2018.

This girl may not be new to the music world, being part of the girl group that got stardom from a season of X factor, Fifth Harmony, Camila Cabello has started 2018 right by releasing her very first debut solo album. After leaving the group in December of 2016, Camila focused on creating her own music, but left the world awestruck when she left. However, with a bunch of creative, zesty and fresh couple of songs on her self-titled album, Camila is beginning to become even more successful than her prior girl group. She is apparently set to go on a world tour and is definitely an artist to look out for this year.

Having made huge success from their first album onwards and in rock music as a whole, Panic! At the Disco was one of those bands that stood out from the rest. Known for songs like “I Write Sins Not Tragedies” the band has come a long way and has paved the path for rock musicians to come in the future. The lead singer, Brendon Urie who is also the only single original member of the group remaining, has been apparently working on new music lately which gives many longtime fans hope of ruling the world of the rock genre once again. We hope to receive music from the band that is like no other, but still has the same Panic! At the disco taste for old times’ sake. Stay tuned for another rock-revolution.

Music has no language, which is why this group of seven talented boys are taking the world by storm. Now, although they may never meet the likes of boy bands who have changed the world entirely like One Direction did for so many years now, they have still impacted pop music. As their comeback emits on the 18th of May, they will be releasing a whole lot of new music with their album, ‘Love Yourself: Tear’ which talks about focusing on the depressing aspects of love and life, their fans are waiting for the new videos to come. They have definitely brought K-pop as a genre to be trusted with throughout the world and has shut down a lot of misconceptions of K-pop music. After gaining recognition in the US with their song, “Blood, Sweat and Tears” they have skyrocketed and are set to perform at the 2018 Billboard Music Awards.

At the age of only twenty, Khalid has been collaborating with so many well-known artists and has made a name for himself in R&B music. With his debut single, ‘Location’ reaching number 16 on the Billboard Charts, Khalid released his first album in 2017 and with only two years in the industry he is doing quite well. With such quick success, fans are expecting even more this year and hopefully more chart toppers.

Stephen Vicino is the founder of MusicExistence.com. He created this site to give talented musicians a voice and a way to be discovered.
@@svicino
Previous Gallery: Kamelot at Revolution Live, Ft. Lauderdale, FL 5/13/2018
Next Electropop artist Attack in the 26th Zone from Finland