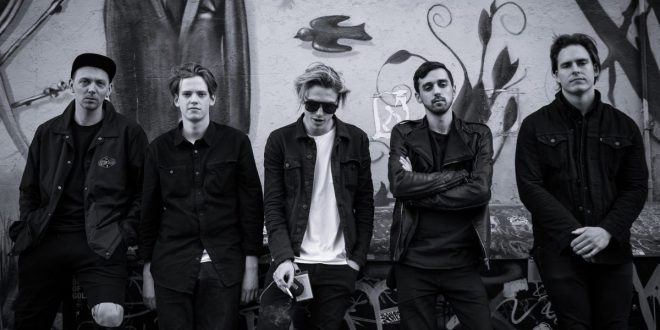 Lead vocalist and guitarist Jamie Campbell Bower and his brother, guitarist Sam Campbell Bower from the smashing punk rock band Counterfeit, shared a moment with us before their New York debut at the Brooklyn Knitting Factory. Amidst the chaos that is New York during rush hour, complete with impatient pedestrians and unrelenting noise pollution, we got a moment of relative tranquility to chat with the Campbell Bower brothers about what makes Counterfeit the rock ‘n’ roll force that it is. We learned about their beef with Rick Astley, the beginnings of the band, and what it was like for them living together while working on Together We Are Stronger.

ME: Thank you for taking the time to speak with us today. How has the tour been treating you so far?

SB: Its been insane. It’s been, I don’t know. I didn’t know what to expect coming out here. I try to come out to tours with no expectations pretty much and just see what comes out of it. It’s been wicked. Show seven?

ME: Could you tell us a little bit of the inception of your band? How did you come to find your hardcore punk rock sound? …that is so very much appreciated.

JB: How did we find it? I suppose we found it by me having a love for distortion, a love for noise, loud guitars and trying to work that into songs. Plugging in a guitar and playing A-chord super fucking loud. Gotta learn how to write a song.

ME: During my research, I read that despite you guys touring together for weeks on end you decided to move in together to write Together We Are Stronger. What was that experience like and would you do it again?

SB: It was an interesting experience. We all moved into this house in relative isolation to get our heads down and be a band more than anything. Be together and not just while we’re touring, learn from each other and how we work. But the house was great. It was a good tool for us to just “whenever it comes.” When something comes, you need, or you want to put down, you’re able to do that. Someone’s there that’s able to do that or there’s someone else that could be working in another room on one part, or there’s a live room that you could go try things out there. It’s just kind of like this theme park of…

JB: Would you do it again?

SB: I probably would do it again! I don’t know, yeah.

ME: While listening to Enough (on repeat) I consider it an anthem for our generation. What was the inspiration behind that song?

JB: So what happened was that originally the song had a totally different lyrical content and we recorded all the instrumentals for it. The weekend I was in the studio doing the vocals the attack at the Bataclan happened. There was just this collective feeling from people my age of confusion, anger, and I felt that it was necessary to address it in some way shape or form. So although it came out from one specific instance it’s more about the general feeling we get when we all see these horrific things happen in the world. I don’t fucking understand.

ME: That’s why I love the song, it represents a common feeling for everybody. As cliché as it may sound I identified with this song because sometimes you want to “stick it to the man” whoever those awful people may be. We just want to do us, be happy, not feel oppressed or have to worry about these awful things that people do.

ME: About your music videos, You Can’t Rely is vastly different, could you describe the overall creative process behind it, and why did you drive everyone over the cliff Jamie?

JB: Well I’ll answer your last question first. I drove everyone over the cliff to escape from Tristan [Marmont, guitarist] who was chasing us dressed in some sort of bat costume. The creative process, it was fun. It was the first story based video that we’ve ever done and I’m in love with films like Fear and Loathing in Las Vegas and we wanted to put a form of animation into the storytelling side of it. We had this vague idea that we wanted to be running from this horrible thing, this horrible monster because that’s kind of what the song is about, I suppose. Laughs Then Tristan got roped into being that horrible monster. The guys we ended up working with were super helpful, they were really, really great. Helped me develop the story because all I had was, ‘OK, I want us to be running from a monster, I want it to be in the desert, and I want there to be blood and I kind of want to have a western theme to it as well. Help me make a story.’ And they did! So that’s what happened.

ME: In 2017 you guys won the award for Best Live Act from the Association of Independent Music in the UK. How do you feel about that accomplishment?

SM: Yeah that was very special for us. We thrive as a live band, live to me is where we feel most comfortable. Well I’ve always felt comfortable.

JB: To be given that accolade.

SB: Yeah, to be given that accolade, it was special for us.

JB: We were up against Rick Astley. We beat Rick Astley, so now there’s beef. You heard it here first.

ME: A Music Existence exclusive! So how does it feel to share this roller-coaster ride that is rock ‘n’ roll as brothers?

SB: Answer at exactly the same time? It’s been sick! It’s been really good, we’ve been playing since I was a kid, I remember you (pointing at Jamie) pretty much teaching me drums in the garage.

SB: Badly, yeah but still. So for us to finally come together and tour the world, it’s amazing. It’s never what I would’ve thought from us just jamming in the garage. But it’s been sick.

JB: It’s cool. Sam understands me in a way that a lot of other people kind of don’t I suppose. I’m able to just grunt and Sam knows what I mean. To have him there and to also have him look at me when I’m being a little shit and like tell me to calm the fuck down, like I know when I’m being an asshole.

ME: Jamie, how do you feel that the preparations vary when you’re going to perform for a live music audience as opposed to a theater audience or a film set?

JB: What’s the difference between the two? Well it’s interesting, with any type of film or theatrical work that I do, obviously I’m always going out there and portraying somebody else, you’re not going out there and being yourself. So you’ve got to get into that head space of actually being that person. Whereas with this I’ve got to shed this skin of society’s ‘I can’t be a certain way I have to act a certain way’. Then all of the sudden I’m going out on to the stage I’m like, ‘Holy shit, this where I can be as me and as free and open as possible.’ So the difference there is not being a character. Just trying to be me as extra as possible.

ME: If you had to choose between the two careers…

JB: I couldn’t choose. I couldn’t choose, honestly. I thrive to be creative in whatever sphere I do. The acting and the music thing, because they’re both successful and people are seeing it, they’re very eager into saying “You’re this and you’re that” when in fact there are so many other things that I want to be doing and put my toe into as well. I just need to be creative so I can’t choose.

ME: Would you guys want to do any collaborations, and if so with who?

JB: Big Sean. I met Big Sean the other day.

SB: Rick Astley if the beef clears up.

SB: It would be great one day.

JB: Grime is such a huge thing now. I see grime artists as kind of like the punk rockers, particularly in England. They’re going out there and speaking on behalf of the people for the people and that’s what their music is for. In that sense I absolutely adore grime so to be able to collaborate with a grime artist would be sick. Maybe Dizzee [Rascal].

ME: We got to clear that beef, I want to see that collab with Rick. Because it is a known fact that you guys feel the need to leave it all on stage during your performances. So what do you hope your fans walk away with after your show?

JB: A bruise, a new friend, and a hangover for the next day.

ME: Last but not least, do you guys have any shoutouts?

JB: Mum, dad, Rick Astley man up, Stormzy, and Dizzee we’re waiting for the call back

To learn more about Counterfeit check them out at the links below:

Concert lover, music fanatic. If it sounds good to me, the rest doesn't matter.
@njaziaddict
Previous Will Thomas Reed Releases Single, “Home Is Where the Bar Is,” Off of Upcoming ‘To Whom It May Concern…’ EP
Next Interview: Richie Ray of The Stars Revolt 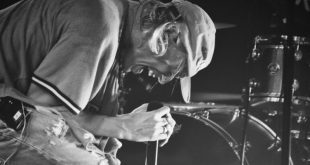 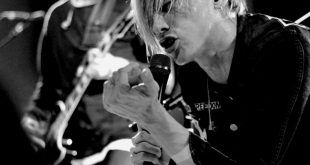 Show Review and Gallery : COUNTERFEIT. at the Brooklyn Knitting Factory 05/01/2018 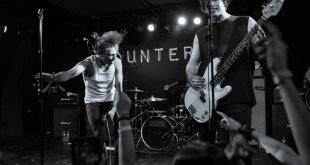