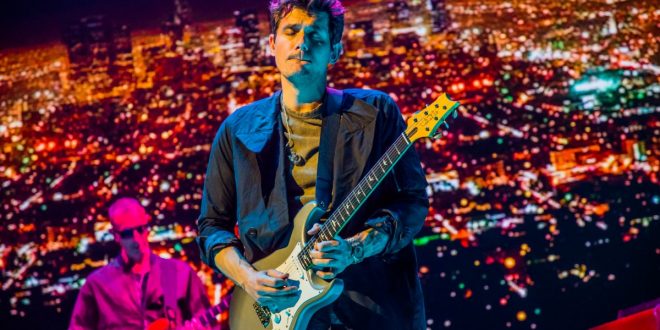 Grammy-winning blues guitarist John Mayer has been a busy man over the last two years, in addtion to his role as lead guitarist in Dead and Company, Mayer has kept up with his original work as well. Just over a year ago Mayer released his seventh studio album, The Search for Everything and subsequently embarked on a world headline tour to support it. Now Mayer is wasting any time, releasing his latest single “New Light” on Friday. So far it’s unclear wheter the song is a non-album single or the first single off a new record.