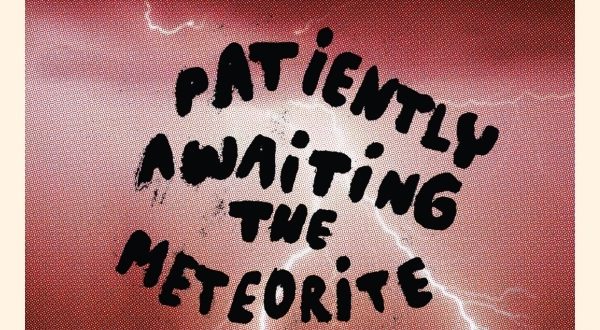 Musicians and producers The Grand Brothers and Dee have formed a successful musical partnership with their new project Patiently Awaiting the Meteorite that promises to make them near household names while proving to be creatively satisfying for the three individuals involved as well. The first single “Electrified” from their soon to be released full length album Canyon Diablo is one of the best pop singles in recent memory and recalls the halcyon days of the top shelf eighties and nineties pop while still packing plenty of musical firepower within its relatively brief duration. Dee’s previous success with singles like “Filter Factory” and “Miles and Miles (Living on the Edge)” has already garnered him a considerable following, but even a cursory listen to this new single indicates the teaming of these three unique talents has the potential to elevate each of them to a whole new level rather than being just another solid entry in their growing discography.

There are a lot of comparisons thrown around for this project, some valid obviously, but Patiently Awaiting the Meteorite stands alone when all things are considered. The influences are real and present in their music, but they are transformed and turned into something uniquely individual when filtered through the trio’s talents and vision of what their music can and should accomplish. The arrangement is robust and very modern, with a fat rhythm section thundering away for the entirety of the tune, but there’s also a thorough command of fundamentals fueling what they do that ensures there’s a strong musical basis for everything they attempt. The production team of the Grand Brothers expertly weaves Dee’s vocals into the musical mix without ever diminishing either side of the coin. Instead, balance powers this song from the first and it makes it all the more complete of a listening experience and elevates this tune to among the best pop-themed efforts you’ll hear in 2018 or recent memory.

Dee’s vocals are, naturally, an enormous factor in the song’s ultimate success. He has a cool demeanor despite the lyrical content and the confidence coming across in each of the song’s lines, particularly the chorus and bridge, make this an even more entertaining listening experience and speak about the project’s mastery of essential fundamentals. “Electrified” is never overwrought, but it does have an irrepressible air from the first and a boldness announcing itself from the opening seconds that stays close to the listener throughout the entirety of the tune. This is music intent on engaging you and eliciting a reaction of some sort; there’s nothing inert or unduly restrained about their approach and that pays off with an immensely entertaining performance. Patiently Awaiting the Meteorite’s “Electrified” would undoubtedly make for a powerhouse opening on the project’s forthcoming debut album but, no matter where it falls in the track listing, it has to be considered one of the project’s brightest gems before the album has even dropped.

Stephen Vicino is the founder of MusicExistence.com. He created this site to give talented musicians a voice and a way to be discovered.
@@svicino
Previous JOÉL Entices with New Album “Seasons Change
Next Interview with Bad Wolves at Welcome To Rockville 2018