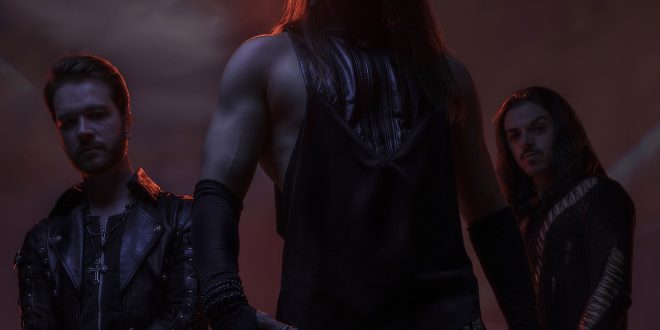 RED DEVIL VORTEX Releases ‘Something Has To Die’ EP

LA Based Metal Rock Band RED DEVIL VORTEX has released their highly anticipated new EP, Something Has To Die. It features five original songs that bring a great listening experience with high energy guitar riffs, chaotic melodies, and a strong message about strife and survival while facing your demons.

“We’ve been working on this EP for a long time and it’s finally out! Making this record was a lot of fun and we’re happy with how solid it sounds and I hope people can relate to it and enjoy the music too!” – Gabriel Connor

Track List:
1. Undaunted
2. The Devil’s Place
3. Something Has To Die
4. The Fallen
5. Villains And Kings

With the intention of creating a bombastic atmosphere through the music, visuals and live performances, Red Devil Vortex has its kick start with the release of the first single, “THE FALLEN”, in October of 2016, followed by several live performances in Los Angeles and SoCal area, sharing the stage with artists like Uli Jon Roth, Dayshell, Saliva and I Am Morbid.

Forging a solid partnership with producer and songwriter Augustus Cryns (Butcher Babies, Anti-Flag, Westfield Massacre) after having worked together on “THE FALLEN”, the band entered the studio once again in November of 2017 to record their first EP.

Previous Combichrist Kicks Off “Everybody Still Hates You” Tour Next Friday, May 18
Next Arsenal Fest 2018 with Enter Shikari, The Kills, Editors, Morcheeba and more!