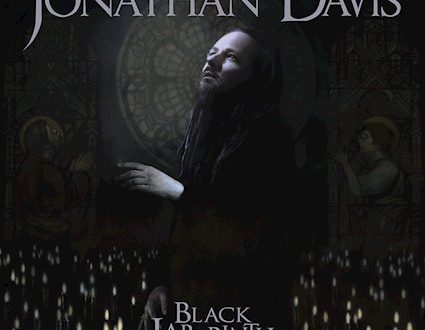 Korn are one of the biggest names from the nu-metal genre, starting in the 1990’s, and have, in total, recorded 12 studio albums. In that time, frontman Jonathan Davis had been planning solo projects, including writing the soundtrack for films like, Queen of the Damned and American Satan. So after 25 years since his first album with Korn, Davis has created his first solo effort with Black Labyrinth, featuring one of the songs from American Satan, “What It Is”, released as the first single. Was the wait for this debut from Davis worth it?

Firstly, the instrumentation fits with the dark themes of the album, often harsh, but in a good way. The drumming work is phenomenal, creating interesting and varied rhythms within each of the tracks. Sometimes using a standard drum kit, other times utilising non-traditional instruments, but still making a great rhythm for the songs to follow, for example, in “Your God”, “Everyone”, and “Underneath My Skin”, with the latter making for a great opening track as it shows in the first few minutes what the whole album is like, and welcoming the listener to the new sound. The non-traditional instrumentation make an interesting change from the standard instrumentation, using Indian and West Asian influences in the music choices, especially in tracks like “Final Days”, “What You Believe”, and “Gender”.

Secondly, the lyrics are all intriguing as they take the listener on a deep, dark journey, something that some of the listeners can relate to, and giving a inside into Davis’ mind, showing a personal side to the musician. With tracks like “Final Days”, “Your God”, “The Secret”, and “What It Is” for example, they expressed fascinating themes that are equally explored in depth, and with a good sense of understanding that is matched between writer and listener, like in “What It Is”, the expression of accepting things to be what they are with lines like “Pretty soon you’ll have to face, You’re a virus called the human race” and “But it is what it is, It may seem impossible, But I will embrace who I really am” showcasing the emotions from Davis, and also emulating feelings that the listener might experience in themselves.

Finally, Davis’ voice sounds incredible in this album, capturing and expressing the right passion and emotion needed for each of the songs. Sometimes soothing, sometimes tortured, but all sounding fantastic, Davis sells each song with his voice, and it can pair nicely with the instrumentation, for example, in “Everyone” with his voice emulating a Gregorian chant, which is a nice touch to a great song. Other songs like “Walk On By”, “Basic Needs” and “Please Tell Me” capture those themes within how Davis sings them, and helps elevate the album to sounding connected and fantastic.

If there has to be any nitpicks, there can be moments where the instrumentation seems to overshadow the vocals within the production, but that is done within only a few moments Overall, this is a great way for Davis to expand his musical talent, and take it in a different direction past Korn. An important question to always ask whenever listening to an album for the first time is “would I listen to it again?” – this album deserves the repeat listens; it is different from the usual Korn albums, but it is just as good, and worth taking time to listen to. If you liked Davis’ work on Queen of the Damned, you certainly won’t be disappointed here.

Black Labyrinth is out 25th May!