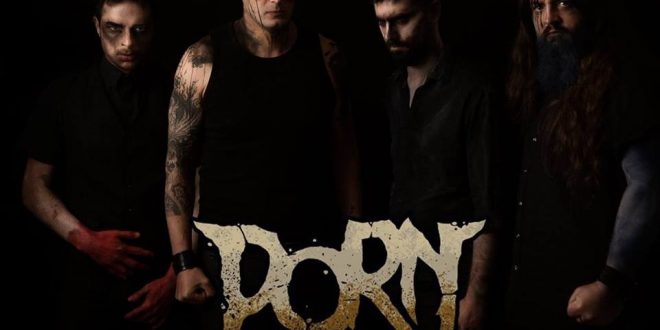 PORN’s cover of “Dream On” opens with very ominous, Industrial style instrumentation featuring eerie keyboards, electronic drum, and the sound of Philippe Deschemin’s powerful and provocative vocals during the first verse of the song. As the second verse of the song approaches the crescendo is undeniably masterful and far less aggressive than you might expect from a heavy metal band. Every single syllable is clear and articulate, every single note is held for just as long as it needs to be, guitars are not overly distorted and you do not hear crash symbols smashing loudly overpowering the rest of the band!

Stephen Vicino is the founder of MusicExistence.com. He created this site to give talented musicians a voice and a way to be discovered.
@@svicino
Previous Greg Jacquin Presents New Album ‘Hudson River’
Next Juliet Simms Debuts Music Video for New Song “Take Me”