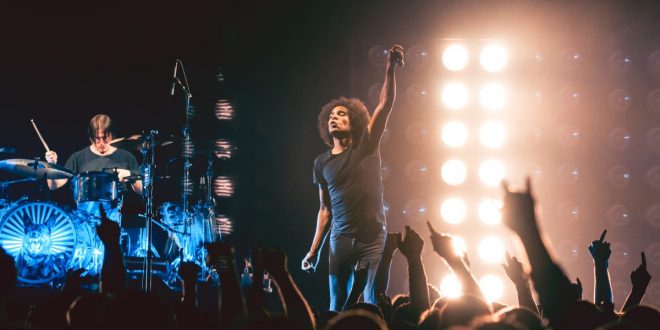 Gallery: Alice in Chains at Hammerstein Ballroom in NYC 05.08.18

While the height of grunge is usually associated with the early 90’s, last night’s second sold-out New York City show is certainly a testament to Alice in Chains‘ staying power.

The almost two hour set developed like a slow burn: unveiling track after soaring track that highlighted the flawlessly tight sound of the band, and William DuVall’s uncanny ability to emote late Layne Stanley’s gritty vocals. Backed by the solid craftsmanship of guitarist Jerry Cantrell, drummer Sean Kinney and bassist Mike Inez, Alice in Chains continues to prove itself relevant within today’s airspace. Fans were thrilled – enthralled even – fists flying high and voices soaring loud from the first notes of “Love, Hate, Love” to the bombastic ending with “Rooster.”

As a band that’s managed to stay true to itself throughout a thirty year career, I’m excited to see what Alice in Chains has in store for us next. The band released a new single (the first in five years!) just last Friday. Watch the video for “The One You Know” below.