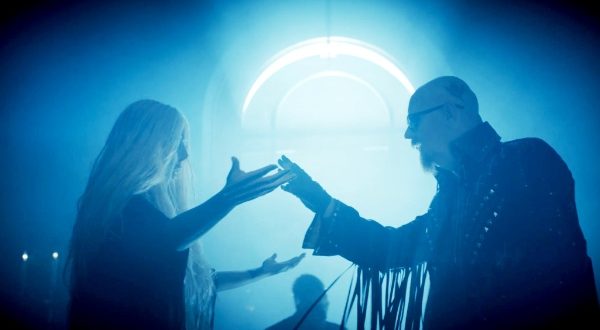 In This Moment have debuted the video for their new single “Black Wedding,” featuring Judas Priest frontman Rob Halford.

The clip was co-directed by frontwoman Maria Brink and Robert John Kley and features a gloriously wicked and thoroughly dark take on the traditional matrimonial ceremony.

In This Moment remain tireless road warriors who are constantly on the road and entertaining their diehard “Blood Legion” of fans all over the globe. Fresh off several months of headline dates, the band is about to kick off a co-headline tour with Halestorm as part of an all female-fronted lineup. Special guests include New Years Day and Stitched Up Heart.

The tour kicked off on April 30 in Houston and will include stops at a number of upcoming festivals and state fairs, such as Charlotte, NC’s Carolina Rebellion (May 5). For ticket information and VIP packages, please go here. Additional dates have just been announced.

Brink expressed excitement for the tour upon its announcement, saying, “I am very excited about being a part of such an empowering, divine, female-fronted tour. It is very rare in rock music to have a movement like this and the timing couldn’t be more perfect. Lzzy and I are already discussing the possibility of more tours like this in the future. Let the Amazons rise!”

In This Moment’s Ritual is out now.

Previous Gallery: Fleet Foxes at The Crest Theatre in Sacramento, CA
Next Interview: 45 to Argos