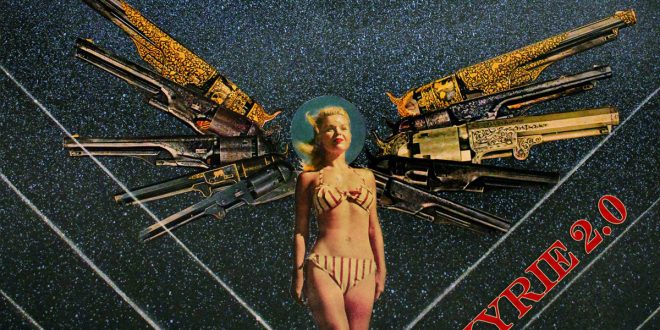 BANDCAMP: https://thetwindows.bandcamp.com/album/valkyrie-20
Coming rip-roaring out of obscurity and into the forefront of modern rock, central Pennsylvania four piece The Twindows aren’t afraid to push the envelope and cut lose on their debut record, Valkyrie 2.0, release this last March to the wide spread approval of critics and fans. Rooted in classic riffage and guttural DIY attitudes, Twindows give you the impression that don’t really care who you are or what your story is, they just want to make unpretentious, unfiltered guitar rock, and they accomplish just that on this album.

The Twindows got their start in a Williamsburg, Pennsylvania punk commune but soon expanded into playing shows in the Philadelphia market. Their first official album, Valkyrie 2.0 was preceded by 2016’s Super Demo, a Meet the Beatles sort of introduction to Twindows’ east coast brand of grunge. They don’t attempt to reinvent the Seattle sound like a lot of bands that followed the early 90s explosion of alternative rock, instead there are a variety of modern influences incorporated into the band’s sound.

Lead singer and guitarist Aster Grimm has an e
pic vibrato in her range that is equal parts Jello Biafra as it is Carrie Akre or Mia Zapata. The shifts in tempo between tracks like the defiant album opener “Like My Music,” and “Dig Tree” exhibit great maturity in the group’s songwriting as well. For a prime example, look no further than the ambitious “Ska Death (Ska Death Lounge Death Ska),” which as its name implies, incorporates three complicated genres and their time signatures into a single anthem, making for perhaps the highest point on the entire album. Anyone who’s looking for another Smashing Pumpkins knockoff will be sorely disappointed in the content found on Valkyrie 2.0 and its marvelous originality. After all, it is the greatest bands that are the ones who can give us all the familiar flavors that we love but still continue to evolve, isn’t it?

The Twindows are definitely making a statement with their debut album, and it goes beyond the cutting rebellion in “Pulp.” Perhaps it is that the true spirit of raw amplifier destruction, embodied in classic Seattle albums like Houdini and Facelift, is not dead nor being revived, but being reborn on the opposite coastline in 2018. We could choose debate over artistic origins and the tree of influences (that will always inevitably end in a fight over whose scene is the “purist”), get into the aesthetics of contemporary punk rock in a new age of resistance, compare them against the ethics of various artists from past to present and what they may or may not have done were they to have been placed in this particular timeline. Or we could embrace the more refined message in Valkyrie 2.0, which I interpret to be simple; the scene culture and the posers who uphold it be damned, here’s 45 minutes of sonic anarchy that rebels against you. That, my friends, is not only the very definition of punk rock, it’s the foundation of true art.

For more information on The Twindows and they’re incredible debut album Valkyrie 2.0, visit them online at their official website (http://thetwindows.com/),

Stephen Vicino is the founder of MusicExistence.com. He created this site to give talented musicians a voice and a way to be discovered.
@@svicino
Previous Gallery: Franz Ferdinand in St. Louis, MO on 5.2.18
Next The Letting Go