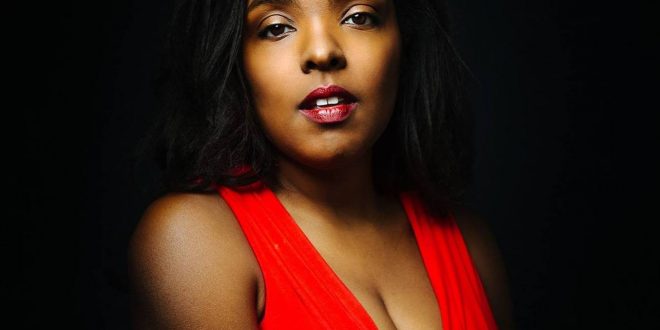 Natalie Jean and Levi Moore are excited to announce the much-anticipated release of their Country single, titled, ‘The Letting Go.’ The song is a co-write between Michael Peloso and Natalie Jean.
Produced by Alexi Von Guggenberg, is readily available for purchase nationwide at the iTunes Store, Amazon.com, Google Play, and various digital online stores.
“Music aside for a second, the songwriting is where things get personal – where things connect in a more intimate and communicable sort of way. Natalie Jean’s smooth and gentle voice offers up the first verse – a certain delicacy that contrasts effectively with the thick drum line and the somewhat manic or anticipating guitar part. Her voice falls into the mix like another instrument, brightening things up, enhancing the ambiance. It’s only really when you get to the satisfying resolve of the hook that the lyrics really start to take shape in your mind. The second and third times you listen you pick up on way more about the sentiment and the underlying ideas. It’s an inspiring song, learning to move forwards is important – to get over and get on with things. The song hits with impact, it’s powerful, and this concept is well represented.”
“The set-up of one voice for the first verse and another for the second is not all that common in modern music. It works best when there’s a noticeable contrast, a clear cut set of differences that lay out the two leading characters and their sides of the story or their input. Levi Moore’s voice adds a gorgeous new dynamic to an already enjoyable and calming piece of music and writing. The two artists together offer so much passion and skill that their performances are mesmerising. The detail throughout this entire release is beautiful, it’s a carefully crafted single that has been so well captured that you can listen on repeat and not get tired of the unfolding mightiness and magic. – Stereo Stickman”
“The song binds a beautiful tale of unforgettable love and the strength it bores into the mind and soul of a human body. This track flows over a logical explanation of feelings and relationship which is sure to inspire many young hearts. The audio quality of the song is quite high with keen attention given to making the song enjoyable for the audience.”
“Brilliantly penned down by Michael Peloso and Natalie Jean, this track, ‘The Letting Go’ is truly a masterpiece by Natalie Jean and Levi Moore. With so much talent and passion merging on a single platform, this track is already a memorandum in the world of amusing harmony. – Skope Magazine – Natalie Parker”
Natalie Jean is an award winning singer/songwriter performer and a dynamic artist who grew up loving music. She enjoyed singing with her Haitian father, Guy Robert Jean – who was also an artist. She writes for many genres, which would include Jazz, R&B, Dance, Pop, Country, Rap, Heavy Metal, Contemporary, etc. She can also sing in French and Spanish.
From 2014-2018, Natalie Jean’s songs have received over 60 nominations and several wins, including the American Tracks Music Awards, Artists in Music Awards, LA Music Awards, The Indie Music Channel Awards, The Indees, American Songwriting Awards, Hollywood Music and Media Awards, The International Music and Entertainment Association, Australian Independent Music Awards, the Akademia Music Awards Josie Music Awards, International Music Video Underground, International Songwriting Competition, Australian Songwriting Contest, Global Music Awards, Libera Music Awards, Wammies, World Wide Music Contest, Hollywood Songwriting Contest, and UK Songwriting Contest. She was named one of the Top Five Vocalists in the Singer Universe Vocalist of the Month for June 2014. Most recently she was awarded the Gold Medal in the Global Music Awards for Female Pop Vocalist, for one of the songs currently on the album, titled “L’Amour a L’Infini, which is a co-write with Lyssabelle. Also, she won Best Dance Song, in the American Songwriting Awards for her song, “Red Room – The Remix”. She also won Best World Artist (Multiple Languages) in the 2017 Josie Music Awards. As well as being a Finalist in the 2018 International Acoustic Music Awards in the Folk Category for her song “Smoking Ke Fan,” which was written by Natalie and her father.

Levi Moore, is a country singer/songwriter out of Savannah, GA. He writes what he feels and sings from the heart, taking notes Jennings, but also influenced early on by the great songwriters of lore, like Gordon Lightfoot and Jim Croce.

While having always craved the presence of music, he began creating music late, teaching himself to play guitar in the second half of my five-year college career, using music as a balance between football practice and midterm exams. Having been a storyteller and writer since elementary school, songwriting was a natural progression.

After 3 years, he left the oilfield to become a full-time musician, moving to Savannah, GA and plunging headlong into the coastal fray. After having been nominated for Male Vocalist of The Year in Modern Country at the 2017 Josie Music Awards, He is diligently working at my craft, gigging throughout the week, writing more than ever, and preparing to cut and release my first album this winter.

Michael Peloso is a New Jersey-based lyricist/songwriter who writes undeniably touching, honest lyrics with a sense of simplicity that are uniquely all his own. Other primary influences include Tom Waits, Bruce Springsteen, Fleetwood Mac, Tom Petty, Carole King, James Taylor, Natalie Merchant, Hall & Oates, Jude Cole, Ed Roland and Darius Rucker…Just to name a few of many. Michael collaborated with Natalie Jean. “Please Don’t”, a Josie Award nominated R&B track was released in 2016, and is a featured single on Natalie’s Unafraid album. The duo released “Alive” on June 30, 2017. “Lost & Found is scheduled to be released this fall.

Most recently, “The Letting Go” won for best Americana Song in the Clouzine International Music Awards and is nominated in the Atlas Elite Entertainment Music Awards for Best Country Single

Be sure to check their live in upcoming shows near you.

Stephen Vicino is the founder of MusicExistence.com. He created this site to give talented musicians a voice and a way to be discovered.
@@svicino
Previous Twindows Release New Album ‘Valkyrie 2.0’
Next Doov Kicks off the Summer with New Single