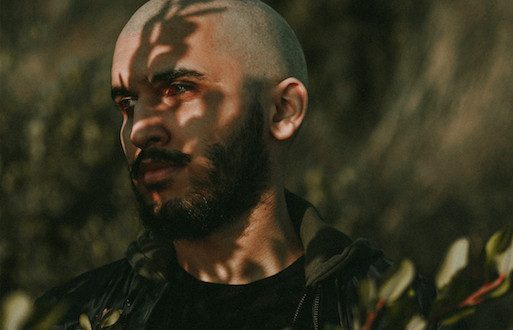 Farahd Abdullah Wallizada, working as No Name Hotel, will undoubtedly make some waves with his second full fledged solo release Tristan. The four song EP may be brief, but singer/songwriter, producer and instrumentalist Wallizada encompasses an album’s worth of material into this short release and anyone encountering Tristan will be monumentally impressed by the expansiveness of No Name Hotel’s musical vision. The American born son of Afghani parents, No Name Hotel’s musical exposure remained limited until his early teenage years when discovering popular music in earnest fired his imagination to begin writing and recording his own musical ideas. He spent a few years playing around the North Florida area with a number of guitar-oriented outfits before decamping to Los Angeles following his parents’ divorce. No Name Hotel’s music is intensely personal, but there’s plenty of avenues for listeners to find their way into this collection and enjoy its fruits.

Nothing is handled in a strictly conventional way on Tristan. The opener “Blood on Sky” sets the template for the release as a whole with its near-ambient use of piano, percussion, backing vocals, and a smattering of synthesizer color. No Name Hotel’s singing is the most straightforward element of the package and the message is relatively dire. Much of the lyrical content is submerged in foreboding imagery, but the language remains understated throughout. Anyone looking for verse-chorus-verse will likely be very disappointed by this release. “Blood on Sky”, however, will please serious music aficionados longing to be challenged rather than those comforted by the familiar three chords and the truth. There’s a hint of discernible melody buried in the sonic murk of “Parable”, but the clean vocal approach of the first song is jettisoned in favor of heavily treated singing that’s near spoken, but the track transitions away from the aforementioned murk and post-production vocal treatment just enough for listeners to establish a more traditional connection to the material. Spectral keyboard, synthesizer, and piano lines are obviously a key part of his compositional method and they work effectively here.

The EP’s penultimate track, once again, finds No Name Hotel tinkering with his vocal sound and more of the same fine lyrical content distinguishing the earlier numbers. There’s a stronger sense of tempo for listeners to latch onto, but the aforementioned lyrics are certainly sparser than we’ve heard with the preceding songs. The first truly meaningful use of guitar or bass comes with the EP’s last song “Outrenoir” and it’s in a song that’s easily the most haunted sonic landscape of the release. He experiments with multiple vocal tracks a little with this song, but the vocal embraces the same clean approach we’ve heard elsewhere on Tristan and this quality represents the defining avenue of accessibility for the release as a whole. No Name Hotel’s Tristan is far removed from the world of pop music, riffs, and guitar solos, but it’s an intensely personal and human statement from a real artist.

Stephen Vicino is the founder of MusicExistence.com. He created this site to give talented musicians a voice and a way to be discovered.
@@svicino
Previous Gallery: Marian Hill at Delmar Hall in St. Louis, MO on 4.28.18
Next Interview with RED SUN RISING at Welcome To Rockville 2018