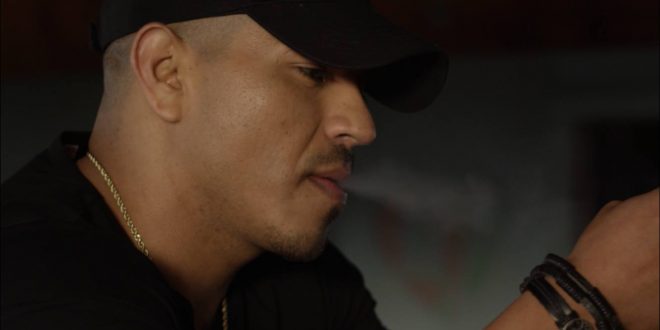 Memo Skyy is a Californian musician and producer with a distinct musical identity. Based in El Monte, his style is represented by a diverse range, covering grounds of alternative, country, and folk — even leaning toward hip hop and Hispanic music at times. Matching the importance of this stylistic span is his professional background. A former US Marine, Memo Skyy fostered a tremendous work ethic and a seasoned sense for detail. In doing so, these ultimately became crucial assets in his transitioning to a music career. “Let You Go” is his most recent single, which has rightfully earned him solid positive reception.

On a straightforward acoustic foundation, Skyy’s melodic chord sequences do their part in elevating his vocal tonality, full-bodied and tinged by wisps of reverb. What’s conveyed is an initial disenchantment, that gradually grows and grounds into a tenacious determination. Through and through, the percussion switches between smooth and forthright, while keeping a consistent gentleness that enforces his emotional strength.

I come from a family who is passionate about all things music. I learned to sing at an early age, and by 13, had my very own Fender Strat guitar. I tried my hardest at learning all that I could. Because I was born with cerebral palsy, I had to teach myself an adaptive playing style. I learned to write and record my own music, despite these difficulties. In college, I started making great use of my writing abilities by reviewing music, as well as copy editing. I guess it's best to stick with what you know, while welcoming a fair challenge at the same time.
Previous ‘DEADPOOL 2: ORIGINAL MOTION PICTURE SOUNDTRACK’ Set To Release May 18 via Columbia Records
Next Gallery: Marian Hill at Delmar Hall in St. Louis, MO on 4.28.18