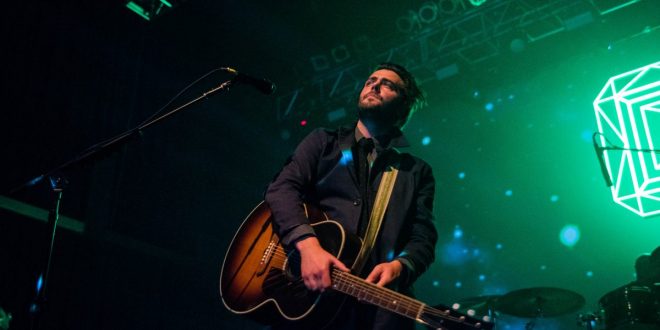 Lord Huron’s Vide Noir Debuts at No. 4 on Billboard 200

Lord Huron’s acclaimed new album, Vide Noir, debuts at #4 on the Billboard 200 chart this week, marking the band’s first top 10 effort. Vide Noir is out now on Whispering Pines/Republic Records and can be purchased HERE.

Last night, the band performed the album’s single, “Wait by the River,” on “Late Night with Seth Meyers.”

In support of the release, the band continues their extensive run of worldwide tour dates. Even as the band headlines their largest venues to date, many shows (including New York City, Oakland and Seattle) have sold out months in advance. Every pair of tickets ordered for the U.S. headlining tour includes a copy of Vide Noir. Tickets for the dates are on sale now at http://lordhuron.com.

Vide Noir was written and recorded over the past two years at Lord Huron’s Los Angeles studio and informal clubhouse, Whispering Pines, and was mixed by Dave Fridmann (The Flaming Lips/MGMT). Schneider found inspiration wandering restlessly through his adopted home of L.A. at night: “My nighttime drives ranged all over the city—across the twinkling grid of the valley, into the creeping shadows of the foothills, through downtown’s neon canyons and way out to the darksome ocean. I started imagining Vide Noir as an epic odyssey through the city, across dimensions, and out into the cosmos. A journey along the spectrum of human experience. A search for meaning amidst the cold indifference of The Universe,” he says.

Previous Interview with TOOTHGRINDER at Welcome To Rockville 2018
Next Album Review: Reef ‘Revelation’