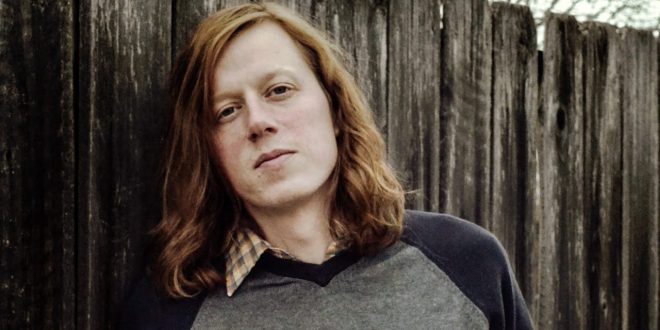 Parker Longbough’s latest album, Left On Tri, is a collection of pop songs written while living in a cabin in the Alaskan woods, on band leader Matthew Witthoeft’s way back home. Parker Longbough is actually-the brainchild of former Uncle Jesse member, Witthoeft. The new album keeps to some of the same lyrical qualities of their previous release, Bridges To Nowhere, with a vibrant current album full of nine tracks that strike at the heart of every matter they contain, with Witthoeft’s songwriting skills leading the way. You feel the pain and the truth in these songs as they’re meant to convey.

“RNC 2000” opens the album, and it’s a song about skipping a college reading assignment of Machiavelli. The fun starts from the get go on this cool party tune full of lyrical imagery of the subject. The lyrics don’t get too heavy anywhere, keeping this a lighthearted song, and a very enjoyable opening cut. But things take an instant turn into heavier lyrics on the graphically interesting “Jack Ryan” with some words you can’t deny are worth hearing. This track involves mentions of Tom Clancy and others, with a 90s feel to the music, and talk of inarguable corrupt activities gone down in the world.

“The Catcher” tells the story of a millennial gamer with mental illness. It tackles a very important topic in today’s desensitized society, whether mentally ill or not. It can be taken one way or the other, but the lyrics to this deal with the reality of such situations. This is where you start to realize the lyrics to this music are the most compelling aspect, and the music is feather light in contrast to it. The same can be said as the album wears on with the title track “A Left On Tri” getting even more serious in the lyrics with a song that almost follows the subject matter of the previous track. And it’s subsequently more lyrically gripping.

The energy kicks up in a couple of places on the album, starting with “Infinite Zinn,” which is a tribute to David Foster Wallace and Howard Zinn. This is a lo-fi gem with a progressive edge not felt on most of the other tracks. The fuzzy vocals not only make it interesting, the song picks up after the first verse and goes onto be one of the album’s greatest moments. Everything about this song is contagious, with the trumpet giving it that extra kick and making it a great choice for a single. It’s one of the most accessible tracks on the album, and enormously satisfying.

“Sophia Loren Look-Alike (Acoustic)” is the most humorous track on the album and shows the least serious side to Witthoef’s songwriting. But the humor does continue, only with some more contrast on “Secret Santa” which is also one of the most enjoyable tracks, with some more lo-fi effects to make it fit the album without sounding too much like a holiday song. The harmonica wins this track, along with the playful lyrics. You can’t help but love this as much as anything on the album, and it’s a true story about a founder of a store who was up some bad things. It’s worth the price of admission for Left On Tri.

Stephen Vicino is the founder of MusicExistence.com. He created this site to give talented musicians a voice and a way to be discovered.
@@svicino
Previous Gallery: Five Finger Death Punch Live At Las Rageous in Las Vegas, NV 04/21/18
Next Interview with Jake Kiszka of GRETA VAN FLEET at Welcome To Rockville 2018