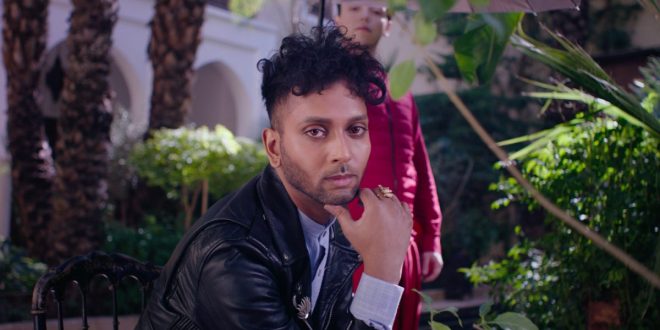 Toronto native Kai Exos has premiered the official video for Hold Out The Light, his latest song from his forthcoming R&B iconoclast EP. The stunning visual, shot in Morocco, showcases Kai’s neo-soul sound alongside emerging dancers.

Hold Out The Light by Kai Exos on VEVO.

Kai explains, “People from all over the world (Amsterdam, London, Cape Town, NYC and more) helped me realize this story with Director Giles Lovell-Wilson. For me, what I’m writing is so much about intersectionality and I wanted to be in the motherland for that, with my brothers and sisters. The people I met were amazing and I’ve been so surprised at the continued warmth — months later. That really matters to me and I think this message is what we need right now as POC; we’re so strong together and the women we are featuring in this piece are such incredible, powerful goddesses.”

“I’ve been thinking a lot about where we are in the world. The message with this song is so much inspired by MJ’s ‘They Don’t Really Care About Us’. There are things going on that are just straight up wrong — Sandra Bland, Chikesia Clemons, Syria — we gotta stand up for each other. We’re so many unified voices when we’re together. That’s where, ‘Lift ev’ry voice tonight’ comes from in the chorus,” says Kai.

Kai’s self-titled EP, will be available for streaming and purchase May 11th. The EP was recorded at Capitol Studios and produced by Exos and production duo Poket (Bennie Rogers II & Omar Dominick). The preceding single, “Fire & Brew” has drawn critical acclaim and 1MM+ digital streams; peaking at #14 on Billboard’s Next Big Sound.