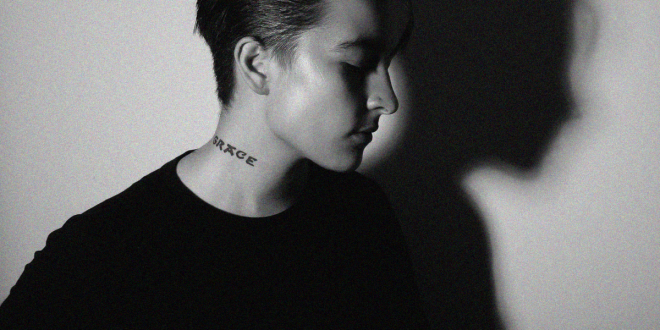 Today, rising talent Urias delivers us her debut music video “Head High,” The song received accolades upon release for her honest and brazen approach addressing love as gender-neutral and giving representation to the LGBTQ community. The song inspired by old-school hip-hop and the likes of Lauryn Hill, “Head High” combines elements of vibey R&B of the 90’s and modern electronic pop sounds like PVRIS for a sleek and sexy sound. Though the track itself has a laid-back and romantic vibe, the message of the song is intense and passionate.

The song is written about Urias leaving behind a past relationship that lacked chemistry for something new and exciting, lyrics like I wanna love your body / I wanna fuck your mind display the passion and eroticism in her songwriting involved moments of insecurity, due to the fact that there aren’t many gender-fluid artists in the public eye, making her hesitant at first to even release the song. But after the release of the single, it seemingly gave her a sense of liberation saying  “[I] could never sing about women comfortably – I knew my family would hear it and at the time, I wasn’t out because I was still living at home.”

Eventually, she stood up for what she believes in the most, starting a journey of un-becoming everything she wasn’t and was expected in society, and becoming who she was meant to be in the first place. “I want women to know no matter what people say, you can do anything you want – ultimately you have the power. Nobody owns you so don’t let people tell you how to love.”