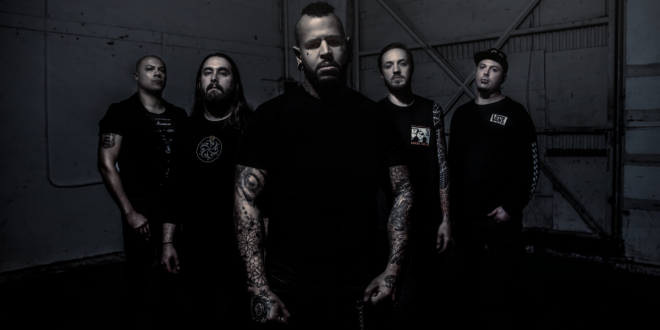 Bad Wolves + Diamante Drop Surprise Duet “Hear Me Now”, On Tour with From Ashes to New This Summer

“It is undeniable what Diamante brought to the song as a final touch,” explains Vext of the collaboration. “In retrospect it always felt like “Hear Me Now” was a duet. In the process of recording together, I think we all fell in love with Diamante a little bit. And we think you will too.”

The labelmates will tour together this summer on the What’s In Your Head Tour – on sale now! The upcoming tour sees Bad Wolves and From Ashes To New co-headline with Diamante opening each show.

“When Bad Wolves invited me to record “Hear Me Now” I was completely ecstatic and honored!,” shares Diamante. “I am in love with everything about the song, which makes me even more excited to go on our tour this summer with them and From Ashes To New! Bad Wolves and FATN are both incredible bands, and I cannot wait to hit the road with them in June.”

2018 has proven to be a breakout year for Bad Wolves, who are set to release their debut record, Disobey on May 11th via Eleven Seven Music. Earlier this year, the band released their cover of The Cranberries’ intergenerational hit, “Zombie” as a tribute to late frontwoman Dolores O’Riordan, who was set to reprise her iconic vocals on the track. Resonating with audiences across the globe, “Zombie” has topped global charts. At present, it is the longest charting track of all tracks currently on Spotify’s Global Viral 50 chart and the top-selling rock single of 2018. Having received mainstream US airplay from Howard Stern, KROQ and Z 100, “Zombie” has gone #1 on iTunes Overall (US), and #1 iTunes Rock, and #1 iTunes Metal Globally. The official music video has accumulated over 71 Million video views on FB and YouTube combined since its release.

Up-and-coming solo artist and Better Noise label-mate Diamante has previously opened for Whitesnake and Steel Panther. The 21-year-old, turquoise-tressed, Mexican-Italian-American musician is sure to wow audiences with her signature brand of sultry attitude and rock swagger on tour this summer and on her debut album Coming In Hot – featuring the viral title track and lead single “Had Enough” – out June 15th. It is produced and mixed by Howard Benson [Chris Cornell, Kelly Clarkson, My Chemical Romance, Halestorm]. Her 5-track collection Volume 1 is out now.

A full list of In Your Head Tour dates can be found below. Tickets and VIP packages are available via https://badwolvesnation.com.