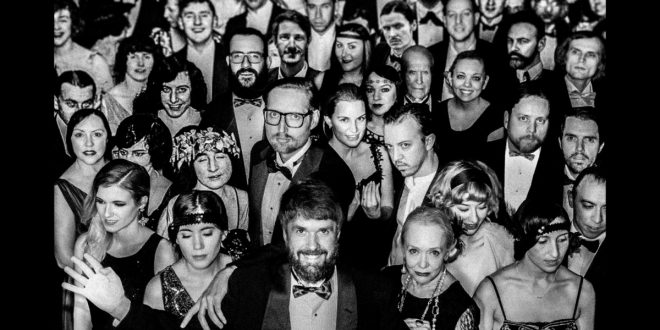 David Hopkins’ artistic journey from his birth in Ireland and various work with groups and musicians as diverse as Mark Stoermer from The Killers, Damien Rice, and even The Who has led him to this day. His solo album Overlook represents the first time that Hopkins’ musical vision has emerged unfettered, fully reflective of his first chance to craft a set of songs that are wholly uncompromised. They, likewise, reflect a varied array of influences ranging from Led Zeppelin and more modern inclinations, but the chief quality of the collection is the sound of a man fully coming to grips with the immensity of his own talents. The confidence and nuance pervading this recording are outstanding and the accompanying production wreathes everything with a level of sonic artistry that further emphasizes his level of achievement with Overlook. David Hopkins has emerged in a way that only his closest friends and devotees could have imagined.

There’s a rare level of cohesiveness at work with this album that goes far beyond anything we typically hear from the indie scene. The opening instrumental, “A Small German”, sets the stage quite well for everything that follows thanks to the light melancholy balanced against the strong melodicism that reveals itself to be a hallmark of Hopkins’ album as a whole. “C’est La” may not be what you’d expect from this album going in, but don’t let that stop you from enjoying Hopkins’ obvious talent for parroting a number of styles in a distinctly idiosyncratic manner quite unlike anything else you’ll hear in 2018. This is Dublin-branded funk without any of the tired tropes associated with the style and he cuts it with a strong shot of electronic instrumentation to give it further flavor. The album reveals Hopkins to have a dexterous singing voice capable of inhabiting a number of musical landscapes and retaining credibility the entire time. One of the more traditional sounding numbers on the album “The Spirit Song” also benefits a great deal from the subtle dream-like qualities of the arrangement and Hopkins’ near spoken vocal. His singing, unadorned by any special effects or post-production trickery, makes his already exceptional lyrical content soar even higher here.

The same hazy ambiance permeates the song “Who Am I What We Are”, but it also has a stronger Beatles influence than anything else we’ve heard so far on the album. It’s a relatively brief song and unfolds with a luxurious, relaxed air quite unlike anything else on the release. “Irresponsible” is a deliciously remarkable tune in one crucial way, if no other – rarely has a songwriter and musician made a personal defect sound so lovely in an aural context. Piano and synths flawlessly come together with the song “Let Somebody Inside” and the obvious romantic air lording over the song’s mood, but Hopkins underlines it with an exquisitely sensitive vocal performance drawing listeners in from the first. The closing number “A Smaller German” echoes the opening instrumental but strips it back and adds some vocals for extra measure. David Hopkins’ Overlook is rewarding from first song to the last.

Stephen Vicino is the founder of MusicExistence.com. He created this site to give talented musicians a voice and a way to be discovered.
@@svicino
Previous The Sandboys EP – ‘Glitches, Imperfections & Glorious Quirks’
Next  Vowws New LP, Under the World Available NOW