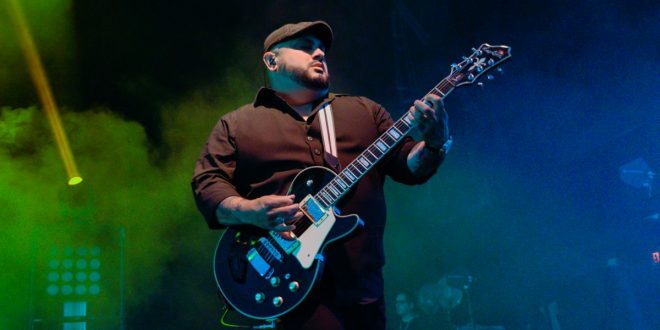 Late Friday night, Taking Back Sunday took to Facebook to announce the departure of their rhythm guitarist Eddie Reyes. Reyes was the sole constant member of Taking Back Sunday from the band’s inception in 1999 to present day.  The band said in a statement posted on Facebook:

“Guitarist Eddie Reyes and Taking Back Sunday have parted ways due to personal reasons. Eddie was a founding member of the band and his contributions can be felt all along the way. John, Shaun, Mark and Adam love Eddie, wish him well in his future endeavors and look forward to hitting the road soon, starting in Mexico on April 26 and traveling to the UK and Germany in late May. After that they will spend the summer touring the US with long-time friends Coheed and Cambria”

Reyes was part of the band’s original lineup which consisted of Antonio Longo, John Nolan, Eddie Reyes, Jesse Lacey, and Steven DeJoseph prior to their mainstream success.

Previous Gallery: Nothing More at The Wellmont Theater in Montclair, NJ 04.11.18
Next Regretting The Past: Slayer – Diabolus In Musica