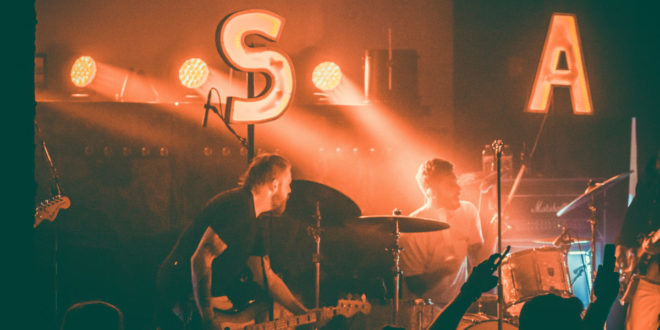 California rock band Hell Or Highwater have released a new music video from the latest studio album VISTA. The band consists of Brandon Saller (vocalist,) Kyle Rosa (drummer,) Joey Bradford (guitarist,) Jon Hoover (guitarist,) and Nick Maldonado (bassist.) Hell Or Highwater has toured extensively over the past year, joining forces with Nothing More, Stitched Up Heart, and more, gaining a nationwide fan base. HoH is heavily active with their fans, and when asked what song fans would like to see a video for, fan-favorite “Walk Out In The Rain” won the poll:

“Walk Out In The Rain” is the second track off of their album VISTA, which was released May 19, 2017 via Spinefarm Records. Check out VISTA here.

Fans can catch Hell or Highwater on the west coast for the next few days. The band has announced these will be the last few HoH dates for a while. The remaining dates are as listed below.

Kitchen Designer by day, Concert Photographer/Writer by night. 24. Arkansas.
@tsheaphoto
Previous We Are Scientists Release “Not Another Word” Off ‘MEGAPLEX’, Out April 27
Next Gallery: Diarrhea Planet at The Regency Ballroom in San Francisco, CA on 03/31/2018