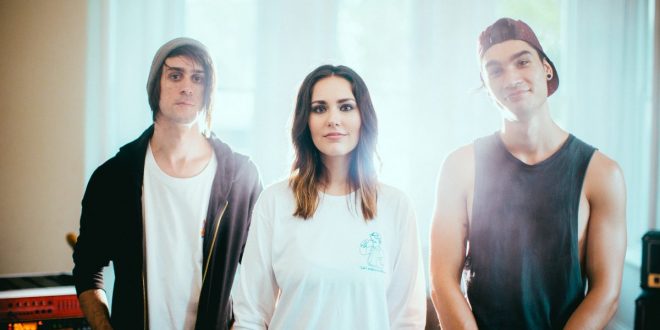 Stand Atlantic, formed by Bonnie Fraser (vocals), Jonno Panichi (drums), and David Potter (bass), are an Alternative Pop/Rock band from Sydney, Australia that offers a fresh blend of melodic hooks and power-driven instrumentals. They have unleashed a new music video for “Chemicals”, the latest single off Sidewinder released on September 15, 2017, via Rude Records which featured singles “Sidewinder”, “Mess I Made” and “Coffee At Midnight”. The video for “Chemicals” takes fans behind the scenes of the recording of the EP and special performances.

Sidewinder was recorded at Electric Sun Studio with producer Stevie Knight (With Confidence), mixing engineer James Wiesner (As It Is) and mastering engineer Grant Berry (BUSTED, Me VS Hero, Milestones).

The EP offers an honest lyrical nature at the core of the band’s foundation, while showcasing their superb songwriting ability and exceptional musicianship to balance out both the pop and the rock aspects of their sound.

Previous Counting Crows Announce 2018 Worldwide Tour with LIVE
Next Bullet for My Valentine Announce New Album “Gravity,” Listen to New Song “Over It”