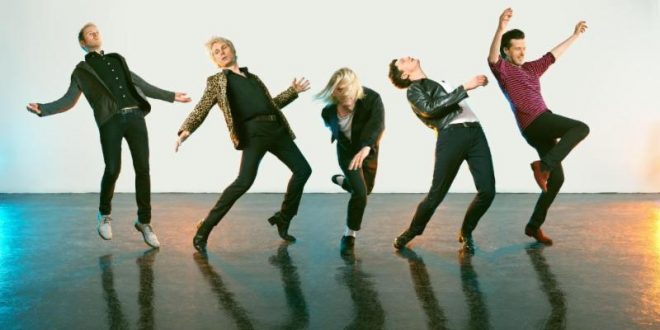 Franz Ferdinand have added several U.S. live dates in July and August. The band will make stops in Raleigh, Asheville, New Haven, Asbury Park, Nashville and more. Franz Ferdinand are about to embark on a North American tour beginning in April, which includes sold out shows in DC, Minneapolis, Santa Ana, San Diego and 2 sold out dates at Brooklyn Steel in NY. The tour is in support of their recent album Always Ascending, which was released on Domino on February 9th. Tickets for all shows are available to purchase now. More information can be found on the band’s website: http://franzferdinand.com. All tour dates below.

Franz Ferdinand is also performing on April 18th on The Late Show with Stephen Colbert.

Always Ascending is the band’s fifth album and was recorded at RAK Studios, London and Motorbass in Paris, with the help of French producer extraordinaire Philippe Zdar (Cassius, Phoenix, The Beastie Boys). Nothing short of a rebirth, the album’s 10 songs are a triumphant recasting of the group, bursting with fresh ideas and vigorous sonic experimentation. Watch the band’s music videos for “Always Ascending” and “Feel the Love Go.”

Always Ascending is available via iTunes, all DSPs and DomMart.