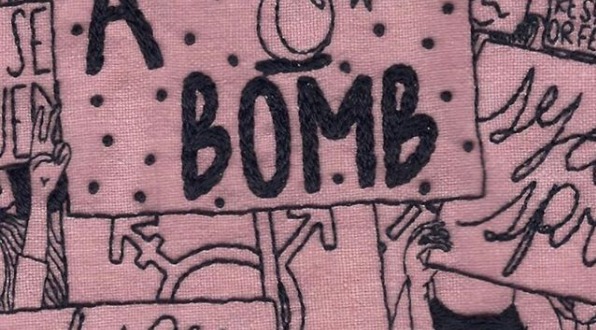 Since 2008s debut EP You Gotta Start Somewhere, Texas born Sydney Sprague has been labelled with the charm of being “wise beyond her years”, taking worldwide themes of love, conflict and hatred into her lyrics from the start.

Currently based in Scottsdale, Arizona, Sydneys’ latest track “ABomb” follows a 10 year long cocktail of impassioned releases and “may arguably be the ultimate Movement Anthem for The Global Womens March for Equality, the #MeToo movement, and Never Again School Shooting movement”.

Filmed at LA Women’s March this year, the music video pulls activism into the track, showing a variety of signs and snapshots from the day itself and capturing a variety of culture on camera, while also zoning in on the one-woman performance of powerfully driven vocals that make this epic pop track show direct response to the event, furthering the DIY aesthetic that has shown in Sprague’s sound since 2009s Do You Hear Me? EP.

Immediately labelled as a protest song, the track itself flows from chanting heard on the day (filmed by Darrin Bush and Natasha Wilson), into eloquent lyrics and swinging female vocals that control the track, building “ABomb” into an empowering three minutes of energetic electric guitar and upbeat synth sounds throughout.

Softening to close the track, Cory Spotts bass and Marty Welker‘s drum beats shine through as the heart of the sound, making this one of the strongest tracks to come out of BLUElight Audio Media (PHX, AZ). Any powerful woman in music should be on the edge of their seat for what is to come next.

You can catch Sydney Sprague on tour at Aloft Hotel, Scottsdale today, or on tour throughout April and May here.