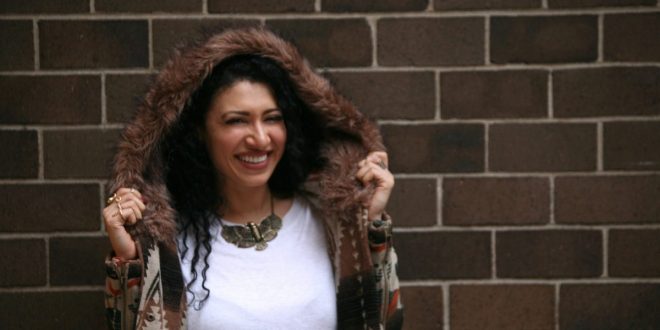 Joan Mercury is an R&B/Pop Adult Contemporary recording artist based out of New York City. She’s been an active solo artist since 2015, and is known for her versatility, distinctive soulful-style of singing, and charismatic presence. Her debut album “Mercury Rising” expected to release early summer 2018, chronicles how to cope in love and loss in a nurturing way to find yourself again. Keep a look out, this Mercury is on the rise.

Hailing from the boroughs of New York City, R&B/Pop and Adult Contemporary recording artist, Joan Mercury, hit the ground running with the music realm in 2015 as a versatile and on-the-rise solo artist ready to take the music industry bull by the horns.

Born and raised in the suburbs of Montgomery County, Maryland, Joan Mercury’s family emigrated from El Salvador. “They came to give me an opportunity they felt they never had, so I want to take advantage and show them that dreams and miracles can come true.”

Beginning At the age of 7, Joan used to entertain her family with acting performances. They quickly noticed her natural abilities to entertain. AS she got older, Joan utilized and mastered music as an emotional release. Singing became a love and hobby she didn’t share with anyone. Even though she had no formal training, with relentless vocal practicing she continued to develop and progress her artist development stages. And thus, an aspiring talented singer began to take form.

Through many highs and lows, the Artist part of her decided to use her personal life experiences as a way to pour energy and emotion into constructing music that not only aimed to impress, but also to inspire.. Joan’s upcoming album “Mercury Rising” transports Joan Mercury into the spotlight, and emphasizes the release of emotion into a collection of captivating tracks that most with struggles can identify with. She hopes that her music can inspire hope, strength and the realization that anything is possible if you give it your all. “Honestly for me, if this album could help one person to realize their worth and change their perspective, that would be gratifying enough”.

Now as a developed and multifaceted singer/songwriter, Joan Mercury possesses an insatiable knack for effective songwriting structures, beautifully blended harmonies, a distinctive soulful-style of singing and charismatic presence that creates a masterful mix of musical chemistry. Joan’s signature sound is paralleled perfectly with her stylized image and artistic merit, which is something that is clearly demonstrated on “Mercury Rising”, slated for release this upcoming Spring / Summer.

Stephen Vicino is the founder of MusicExistence.com. He created this site to give talented musicians a voice and a way to be discovered.
@@svicino
Previous Gallery: Billie Eilish at Lincoln Hall in Chicago, IL 3/31/18
Next Music Video: Sydney Sprague – ABomb